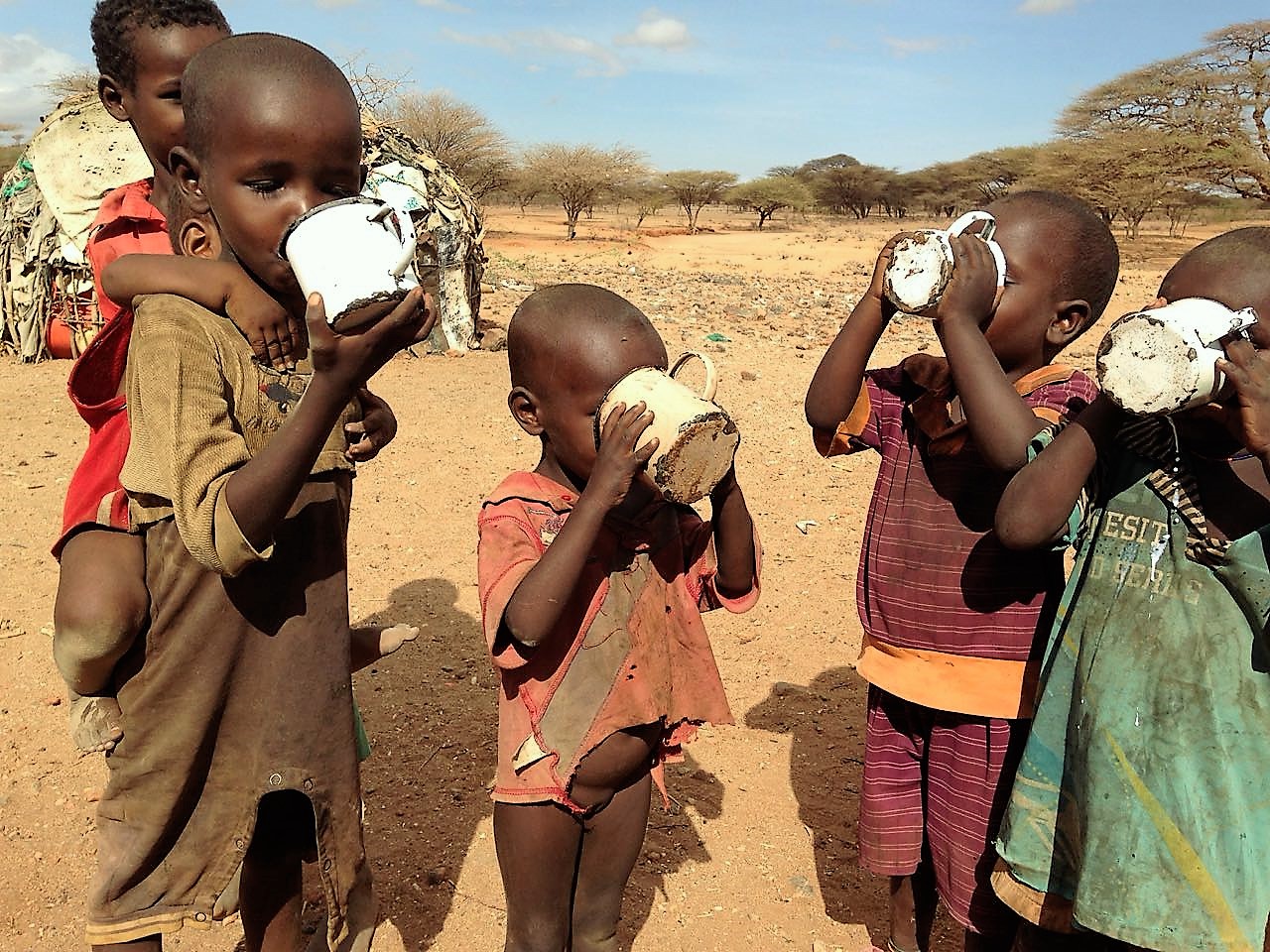 (MissionNewswire) Salesian Missions, the U.S. development arm of the international Salesians of Don Bosco, has launched an emergency fundraising effort to support missionaries assisting people affected by severe drought in Kenya. The government of Kenya has declared the country’s devastating drought a national disaster, with an estimated 2.7 million people in urgent need of food aid as a result of lack of rain and a worsening water shortage.

Father Luke Mulayinkal, who oversees the Salesian missionaries’ work at Korr, has reported that as the days go by and the heat intensifies, people are becoming sick and smaller animals have begun to die. The value of farm animals has dropped so much that selling them for money to buy food is no longer a viable option. The situation of the local people is becoming more and more critical. Fr. Mulayinkal has noted that other humanitarian organizations are reluctant to come into the country to provide aid because Kenya is considered to be a developing nation and it is therefore felt that the government has the resources to deal with the drought. As Fr. Mulayinkal notes, it is the poorest of people who are suffering the most.

“Although not far into 2017, we are already seeing the effects of the continued drought in our community,” says Fr. Mulayinkal. “There has been no rain at Korr and many areas of Kenya are in need of food and water. At Korr, many children are suffering from vomiting and diarrhea due to the heat, and our medical clinic is working day and night serving the sick and the needy.”

The Don Bosco Mission Korr in Kenya provides services to nomadic populations in the surrounding community and within Kakuma refugee camp. The camp was established in 1992 near the border with South Sudan as a place of refuge for unaccompanied minors fleeing civil war. Operated by UNHCR, with assistance from Salesian missionaries and several other humanitarian organizations, the camp offers refugees safety, security and life-saving services such as housing, healthcare, clean water and sanitation.

Within the surrounding community of Korr, Salesian missionaries provide five outreach locations, a medical clinic, a nursery and primary school, boarding for boys and girls, a youth center and a Catholic parish. They continue to provide these services even as they are challenged by severe food and water insecurity brought on by the drought.

Kenya’s longest watercourse, the 1,000-kilometre-long Tana River, provides the capital city of Nairobi with 80 percent of its drinking water and supplies the country with 60 percent of its electricity. Today the river is merely a fifth of what it was 50 years ago and it is being drained by population growth and the government’s ambitious development plans.

The drought, particularly in Kenya’s Rift Valley, has continued to affect vegetation, agriculture production and even livestock. The situation began in 2014 and has worsened with time. Humanitarian organizations estimate that food insecurity has more than doubled—from 600,000 people from August 2015 to March 2016 to 1.3 million people from August 2016 to February 2017.

Salesian Missions has launched an emergency fund, the African Drought Crisis, to assist Salesian missionaries who are working to help poor youth and their families affected by this drought and food insecurity in Kenya. To raise money for the fund, the Catholic nonprofit aid organization is issuing an urgent appeal for donations. Donations can be made by going to SalesianMissions.org/African-Drought.

Salesian Missions is headquartered in New Rochelle, New York, and is part of the Don Bosco Network—a worldwide federation of Salesian NGOs. The mission of the U.S.-based nonprofit Catholic organization is to raise funds for international programs that serve youth and families in some of the poorest places on the planet. The nearly 30,000 Salesian missionaries are made up of priests, brothers and sisters—all dedicated to caring for poor children around the globe in more than 130 countries. The Salesians are widely considered the world’s largest private provider of vocational and technical training. Additionally, more than 1 million children attend Salesian primary schools, many of which are UNICEF-supported. Millions of vulnerable youth have received services specifically funded by Salesian Missions. These services and programs are provided to children regardless of race or religion. Funds are also raised to assist with humanitarian emergencies created by events such as natural disasters, wars and violence. For more information, visit SalesianMissions.org.