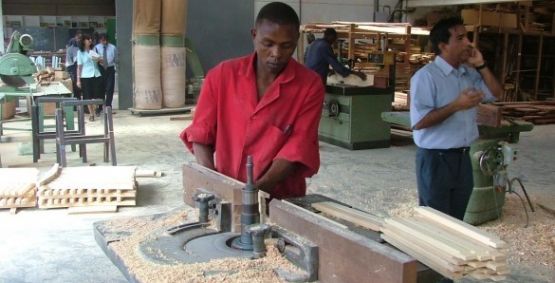 In addition to these projects, Schneider Electric, a European multinational corporation that specializes in electricity distribution, automation management and the production of installation components for energy management, has partnered on several initiatives with Salesian programs around the globe. According to the article, these agreements with the Don Bosco Foundation will allow Schneider Electric to reach its objective of training 1 million people by 2025.

Each year, the Don Bosco Foundation helps support vocational training for 200 underprivileged youth at three Salesian centers in Nairobi, Makuyu and Embu. As part of this agreement, Schneider Electric is providing financial and technical support to renovate the electricity labs at the three centers and launch a solar energy training module.

The company will also offer training to local trainers to update their skills and help them manage the new equipment through Schneider Electric Teachers, a nonprofit that allows employees to share their skills with underprivileged populations on a volunteer basis. Schneider Electric will also help the Don Bosco Foundation obtain government approval for its solar energy training in Kenya.

“Schneider Electric is firmly committed to facilitating energy access for unprivileged populations through renewable energy, particularly solar technologies,” said Jean-Pascal Tricoire, chairman and CEO of Schneider Electric in the Voltimum article. “We are proud to conclude this latest partnership to help train young Kenyans for energy and electricity jobs. This training will help them find employment and raise their standard of living, not only for themselves but also their families. We share the Salesian Don Bosco Foundation’s vision of development built on education and work.”

Despite the steady growth of Kenya’s economy, according to UNICEF, more than half of the country’s population lives below the poverty line on less than $1 a day. UNICEF also notes that Nairobi is home to 3 million residents, most of whom endure lives of extreme poverty in the city’s slums. The most vulnerable are families and children live in these urban slums and in areas of the country most affected by HIV/AIDS. Many do not have access to healthcare, nutrition, sanitation or education.