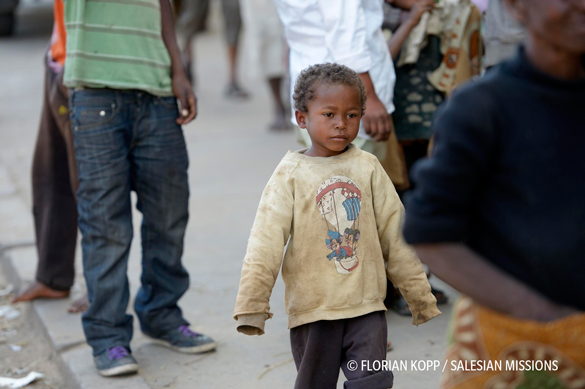 (MissionNewswire) Salesian Missions stands with the United Nations and organizations around the globe in highlighting the plight of children on the International Day for Street Children. The day provides organizations and the millions of street children in countries worldwide to have their voices heard and ensure that their rights are not ignored.

Celebrated each year on April 12, the day was established by the UN to raise awareness of issues affecting youth forced to live on the streets. This year the focus is on the celebration of the United Nations agreeing to develop a General Comment on Children in Street Situations and the positive impact it will have on street children and the organizations that support them.

Every day millions of street children suffer multiple and repeated violations of their rights, and as a result of conflicts in the Middle East, recession in Europe, natural disasters in Asia and Africa and many other factors, the number of children living on the streets is expected to rise, according to the Consortium for Street Children. The Consortium founded the International Day for Street Children in 2011, and is the leading international network dedicated to realizing the rights of street children worldwide.

The General Comment on Children in Street Situations is a set of guidelines that will give governments the information they need to make sure street children’s rights are recognized. This is the first UN directive guidance on street-connected children’s rights and will assure them more help and support. In addition, national governments will be held accountable to report on their aid measures for street children.

“Children who are living on the streets experience discrimination and exclusion every day,” says Father Mark Hyde, executive director of Salesian Missions, the U.S. development arm of the Salesians of Don Bosco. “Children who are able to access programs that help youth come in off the streets, where they face poverty and are at risk for exploitation, have a chance at a better life. Salesian programs aim to help children live safely while getting the emotional support they need and the education that will help them live independently.”

In honor of the International Day for Street Children, Salesian Missions is proud to share some of its programs around the globe that provide shelter, nutrition, education and hope for a better life for street children.

Don Bosco Foyer in Porto-Novo, the capital city of Benin, serves boys and girls in very complex situations, including youth who have been abandoned by their families, victims of abuse and those who are victims of forced marriages. The organization received funding from a donor through Salesian Missions to help support Salesian missionaries’ work with street children.

The program is a residential home for children coming directly from the street. Children’s most basic needs are met, including shelter, proper nutrition, clothing and access to adults who help them feel safe and protected from the exploitation and violence many faced while living on the streets. Salesian missionaries also operate Foyer Magone, which is another residential facility for youth who have stabilized after spending time at Don Bosco Foyer.

At Foyer Magone, youth are able to go to school and gain an education to help prepare them for the workforce. Youth are able to take workshops in subjects like carpentry, motorcycle mechanics and welding. Salesian missionaries also operate three accelerated learning schools focused on youth who have left the state-run schools or dropped out of the educational system altogether. Missionaries try to reach youth where they are while living on the street. The Salesian-run organization Foyer Maman Marguerte operates in the market of Cotonou, helping minors who are working instead of attending schools and those who have been exploited into human trafficking.

The Salesian-run Jugend Eine Welt-Don Bosco Aktion Austria has raised concerns over the high numbers of street children in Brazil, particularly in the city of Rio de Janeiro. One of the organization’s primary concerns is the treatment of street children who end up in juvenile detention centers and jail instead of appropriate programs that provide support and education to these youth in need. More than 18,000 young people were held in the severely overcrowded juvenile detention facilities in 2015.

In many cases, street children are treated like criminals and detained without reasonable suspicion or legal protection. In the past, these youth were held in special institutions for children or juvenile detention centers as long as they were under 18. But Salesian missionaries fear this could change in future, making things even worse than they are now.

Salesian missionaries in New Delhi, India’s capital city, have recently launched a new project providing mobile medical care for street children. A mobile medical van utilized to carry out the project is staffed with a full medical team including a doctor, a nurse and social workers. The van regularly visits 11 locations in the city where large numbers of street youth tend to congregate and live in makeshift shelters. Free check-ups and medication are provided for those under the age of 18. The new mobile medical project provided by Salesian missionaries helps address a number of serious and sometimes chronic health concerns faced by youth living on the streets. For some, this is the only medical care they receive.

According to Father José Matthew, a Salesian missionary overseeing work in New Dehli, the mobile medical team covers four locations per day. With two in the morning and two in the afternoon, it provides care for more than 20 young people each day. Prepared to address any number of medical conditions, the team most commonly treats malnutrition but also tends to those with malaria, traumatic injuries, upper respiratory infections, scabies, abdominal pain, abscesses, seizure disorders, conjunctivitis, anemia, viral fevers and infected wounds. Fr. Matthew adds that in addition to medical help, the team provides youth information and counseling on substance abuse including alcohol, chewing tobacco, drugs and the sniffing of correction fluid (a serious problem in India in recent years), as well as educational sessions on health and hygiene that teach preventive measures to maintain a healthy body and mind.

Don Bosco Fambul, located in Sierra Leone’s capital city of Freetown, is one of the country’s leading child-welfare organizations and has been on the forefront of efforts to help rehabilitate street children and reunite them with their families.

PHOTO: Florian Kopp / Salesian Missions (May not be used without permission.) 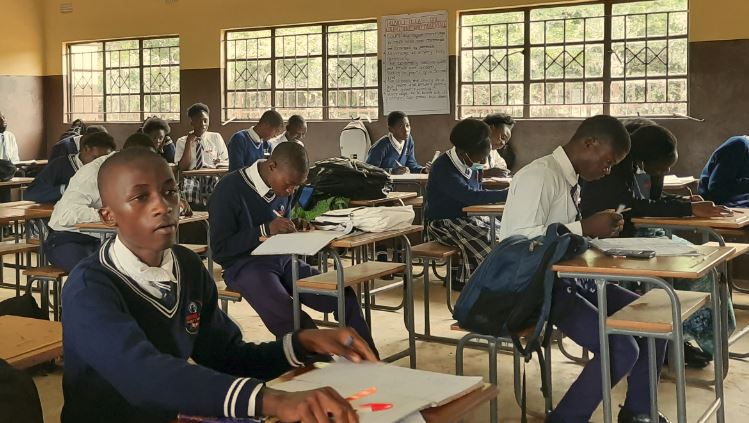