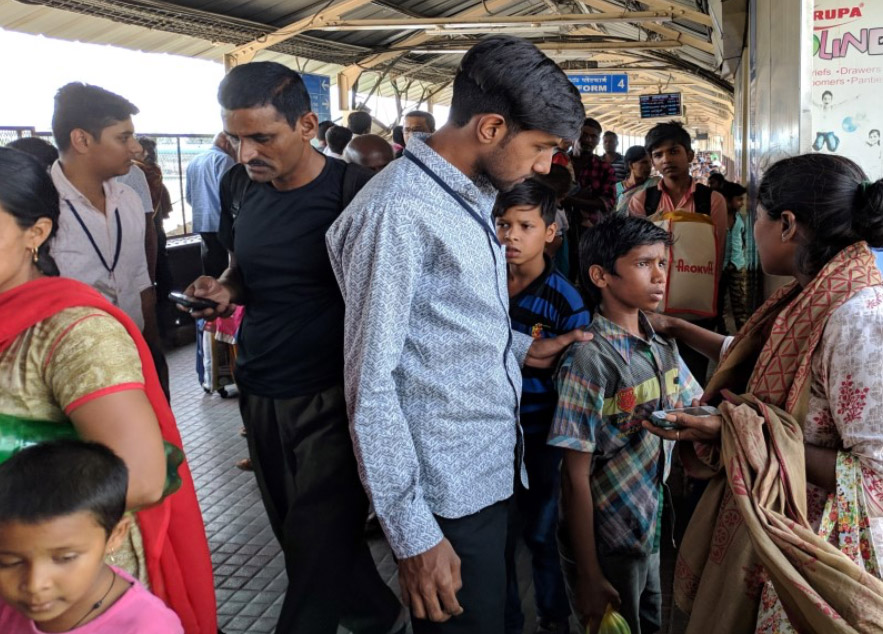 (MissionNewswire) Salesian missionaries through BREADS (Bangalore Rural Education and Development Society) in India offer training, programs and services for street youth including a Childline emergency response line and child rights education programs to help those at-risk of child labor and other exploitation.

The Salesian-run BREADS provides counseling and guidance to extremely vulnerable youth and has been on a mission to identify, rescue and rehabilitate those who are at risk, have grown up on the streets or have been forced into child labor. Through projects for at-risk youth, Salesian missionaries aim to include more and more children in education, guidance and literacy.

In April 2019, Salesian missionaries held an awareness program for taxi drivers who frequent the Krantiveera Sangolli Rayanna Railway Station in Bengaluru. The program was organized by the Bosco Railway Childline team, a program of BREADS, and was focused on raising awareness about runaway and missing children. Topics included an overview of Bosco and the Childline as well as information on child rights, child protection mechanisms, child welfare and the role of stakeholders in rescuing children. Twenty-six drivers took part in the awareness program.

Another training was held for close to 100 members of the public. Topics focused on child labor, school dropouts, child abuse and missing and runaway children. Hand-outs with information on the Childline and child-related issues were distributed. Those attending the training responded positively to the information and assured Salesian volunteers that they would call the child helpline if any children were at risk.

The Bosco Railway Childline team also conducted a survey on runaway children found at Krantiveera Sangolli Rayanna Railway Station. The survey was conducted on all the platforms of the railway station in three shifts including 6:00am to 2:00pm, 12:00pm to 8:00pm and 8:00pm to 6:00am. The goal was to identify the average count of runaway children during those timeframes.

Twenty-one children (19 boys and two girls) were rescued during the survey. As per the survey, most of the children had come to the city in search of jobs while others were attracted to city life. Eighteen staff and nine student volunteers were involved in conducting the survey.

“Salesian missionaries in India are working hard to rehabilitate street children and restore their childhoods,” says Father Mark Hyde, executive director of Salesian Missions, the U.S. development arm of the Salesians of Don Bosco. “The first challenge is building awareness of the issues and ensuring that children have the information they need so they can access Salesian programs. Many take for granted having a safe place to sleep, enough food to eat and access to medical care. Salesian missionaries recognize how critical it is to meet these basic needs before expecting youth to be able to focus on education.”