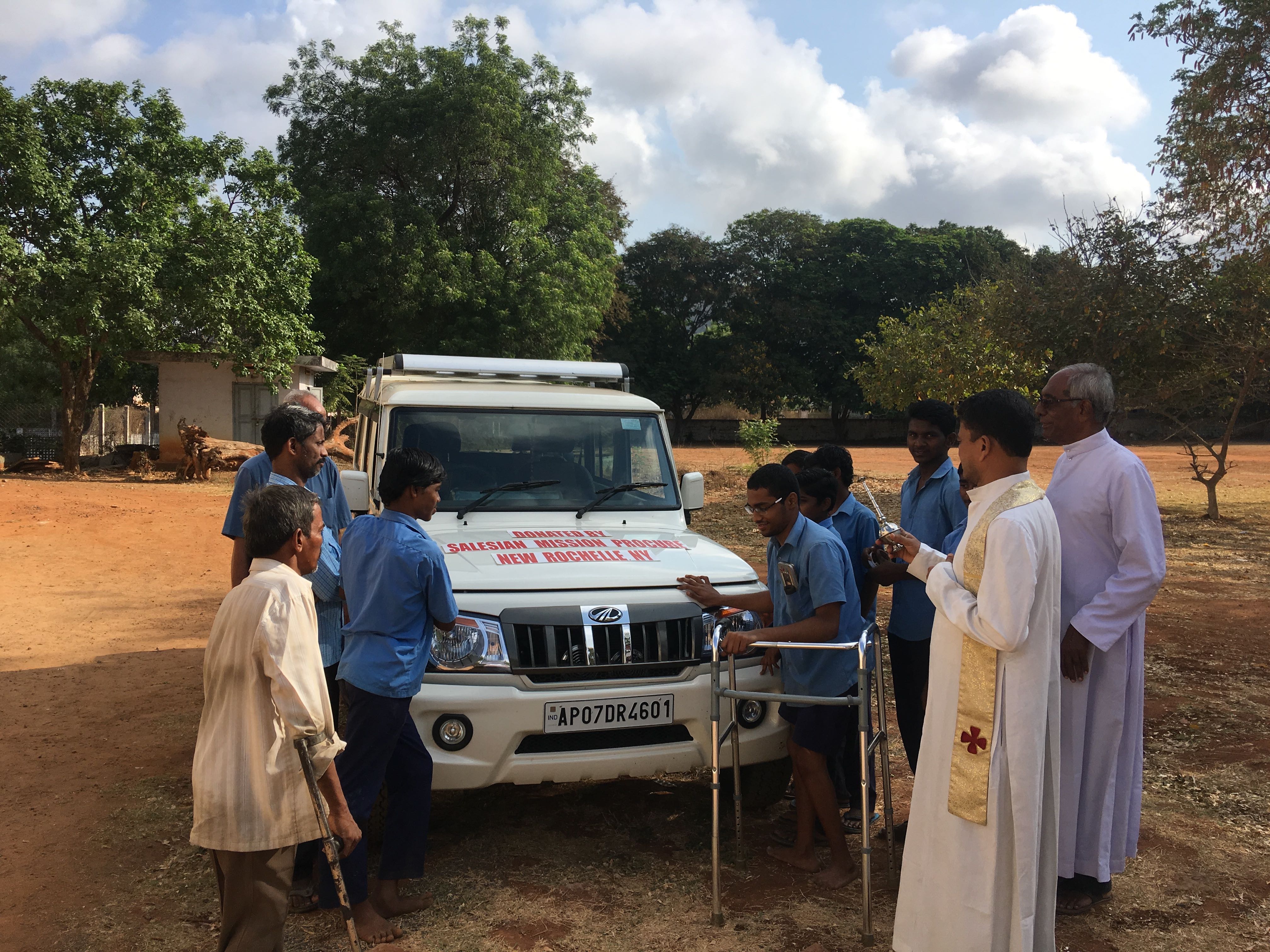 (MissionNewswire) Salesian missionaries at the Don Bosco Prem Nivas Home for Physically Challenged Children, located in Mangalagiri in the Guntur District in India, were able to obtain a jeep for transport thanks to donor funding through Salesian Missions. Don Bosco Prem Nivas educates and cares for abandoned or orphaned children, most of whom have physical challenges or disabilities.

Because of limited means and options, Salesian missionaries have had to use an unsafe, unreliable and rundown 15-year-old four-wheeler to pick up homeless street children and transport them to medical care facilities. Donor funding has made it possible to acquire a newer, dependable vehicle that can navigate the rough terrain and transport more children safely.

Don Bosco Prem Nivas was started by Salesian Father Thomas Chinnappa in 1973. The program started with just one child but by 1976 it had grown to serve more than 50 children. Don Bosco Primary and Upper Primary School was founded on the campus in 1977 to educate the children of Prem Nivas and neighboring communities.

With the support of doctors and hospitals in Guntur, corrective surgery began for children with physical disabilities in 1977. By 1978, a well-equipped workshop for the manufacturing of assistive devices opened on the campus. To this day, the workshop manufactures and distributes calipers/artificial limbs which are available at subsidized rates.

A separate home was started in 1984 with the support of the Sisters of St. Ann to provide better and more personalized care to younger children under the age of 10. Later, a modern physiotherapy center with qualified therapists opened on the campus to train those with disabilities for employment and aid them in finding jobs in various trades. Vocational counseling was also offered. In 2004, the campus was set up with a new computer center featuring the latest in modern technology.

“All youth deserve a chance to succeed in life and be a valued member of their community,” says Father Mark Hyde, director of Salesian Missions, the U.S. development arm of the Salesians of Don Bosco. “Many children with disabilities have little to no access to education. Youth who attend Don Bosco Prem Nivas have a real opportunity to gain a basic education and advance in their studies. They can safely connect with their peers and learn the social skills needed for long-term success.”