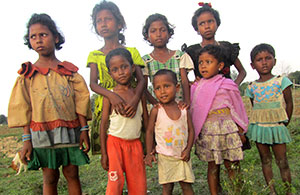 (MissionNewswire) The Don Bosco Center Rangajan, located in Assam, India, will be able to construct several restroom facilities that include 50 new toilets and a septic tank, thanks to funding from Salesian Missions donors. The project is part of a Salesian Missions “Clean Water Initiative” which will ensure that the mostly poor, indigenous residents from a number of remote villages who use the center will have access to adequate facilities.

At the Don Bosco Center Rangajan, Salesian missionaries provide both a high school and vocational technical training facility. Constructing decent restroom facilities in these villages will help improve health and hygiene as well as curb the outbreak of disease.

“Having access to proper sanitation brings a sense of dignity to the children and families we serve in our programs,” says Father Mark Hyde, director of Salesian Missions. “Improving water and sanitation facilities also ensures that teachers and students are working and learning in an environment that promotes proper hygiene and has safe drinking water, reducing the number of waterborne illnesses that can affect those in our schools keeping them away from important study time.”