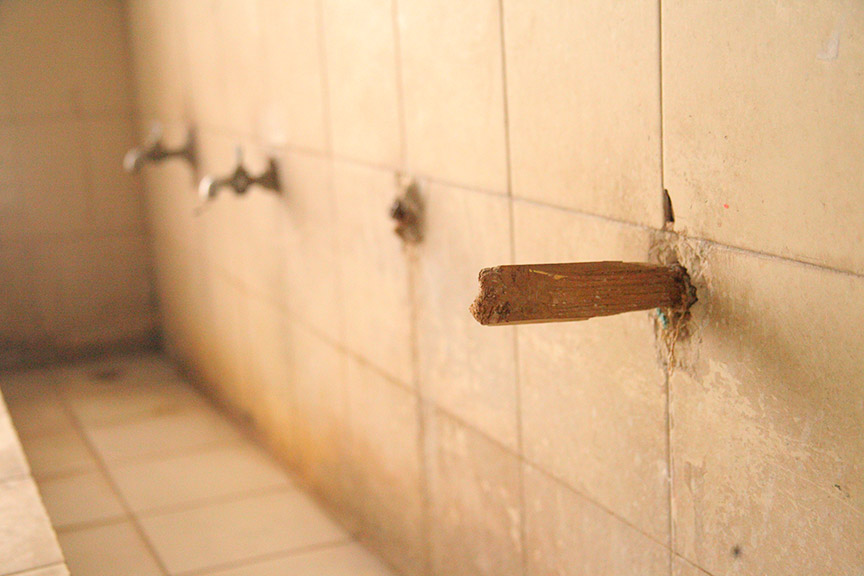 (MissionNewswire) Boys attending the Don Bosco Rehabilitation Center for Street Children at Ramanthapur in Hyderabad, the capital city of southern India’s Telangana state, have improved bathroom facilities thanks to funding from Salesian Missions. The funding, provided through a Salesian Missions “Clean Water Initiative”, was used for a major renovation of the bathroom facilities at the center. Minor repairs were made, 10 urinals reconstructed and pipes cleaned.

Don Bosco Navajeevan has four centers in the twin cities of Hyderabad and Secunderabad where more than 300 children, both boys and girls, are living and gaining an education. The Don Bosco Rehabilitation Center has 150 boys at the facility which provides accommodation, food, medical care and education free of cost. The boys, ages 6 to 16, are all at-risk youth who were street children, child laborers and orphans.

“With this project we are able to ensure the health and hygiene of the children in our care,” says Sudhakar Bellamkonda, director of the Don Bosco Rehabilitation Center. “Proper sanitation has many benefits but one of the most important is its contribution to the healthy living of a community or society.”

In addition, hand washing is not commonplace, which leads to an increase in the spread of disease. To address this, Salesian missionaries across India are dedicated to ensuring that access to safe water is a priority in Salesian-run programs and schools and in the communities in which they operate.

Many young men have benefited from the program at Don Bosco Navajeevan. Veerender, from Samalkot, a town in the East Godavari District of Andhra Pradesh, is the only son in his family. His father worked in a grocery store but drank alcohol regularly. In 2008, he left his family when Veerender was just 13 years old. His mother brought her family to Hyderabad searching for a way to survive.

After getting off the train, they met Father Balaswhory, then director of Don Bosco Navajeevan. He appointed Veerender’s mother as a cook and gave the family shelter in the Don Bosco Home Bhoiguda. Veerender continued his education at the nearby Salesian school and stayed with the other children in the Don Bosco home. He was successful in school and eager to learn. Due to the assistance provided through the Don Bosco program, he was able to complete a degree and now is employed in stable, long-term work.