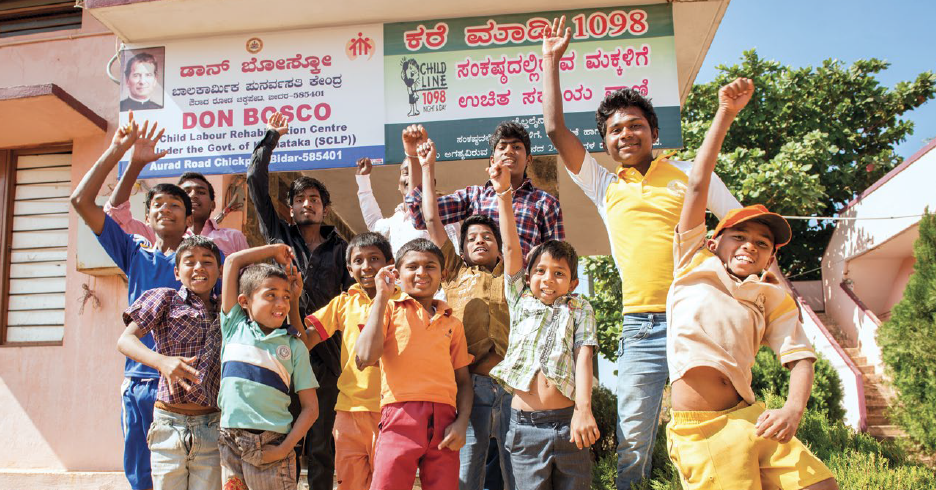 (MissionNewswire) Salesian missionaries with the Bangalore Rural Education and Development Society (BREADS) held trainings and awareness programs in the Indian states of Karnakata and Kerala to educate men, women and youth about the human and legal rights of women in society. More than 3,000 women attended these training programs with more than 1,000 taking part in awareness activities. The goal is to help women and their families understand the dynamics of domestic violence and other gender-based violence and empower women to seek the assistance and help they need if faced with these circumstances.

For many women in the training program, this was the first time they had access to information to help them understand what domestic violence is and where there are available resources to help women out of these situations. Salesian missionaries aimed to empower women to be leaders within their families and their communities. As part of these efforts, Salesian missionaries, with members of the local community, developed legal aid cells to help women report the violence perpetrated against them and access services available to allow them to make the best decision possible about their futures.

One participant, 26-year-old Shanthamma, was finally able to disclose the domestic violence she was suffering by both her husband and her mother-in-law. Shanthamma was forced to work as a domestic servant and was subjected to both mental and physical abuse. After attending the BREADS training, Shanthamma was able to make the brave decision to seek legal help. She went to the local legal aid cell and requested that she and her one-year-old child separate from her husband and be placed in a shelter. Today, she is working on her independence in safety and peace.

Salesian missionaries living and working in India and in more than 130 countries around the globe are focused on achieving gender equality through these rights training, education and workforce development programs targeted specifically for women and girls. These programs strive to empower women and girls by providing opportunities for education and training that lead to livable wage employment and their independence free from violence and exploitation.

“Many women and girls face disadvantages and barriers to accessing education and achieving financial independence despite their huge potential,” says Father Mark Hyde, executive director of Salesian Missions the U.S. development arm of the Salesians of Don Bosco. “Women that are empowered through these rights training and awareness programs along with education and workforce development assistance are more often able to achieve financial independence and make better and healthier choices that affect not only themselves, but their families and communities as well.”