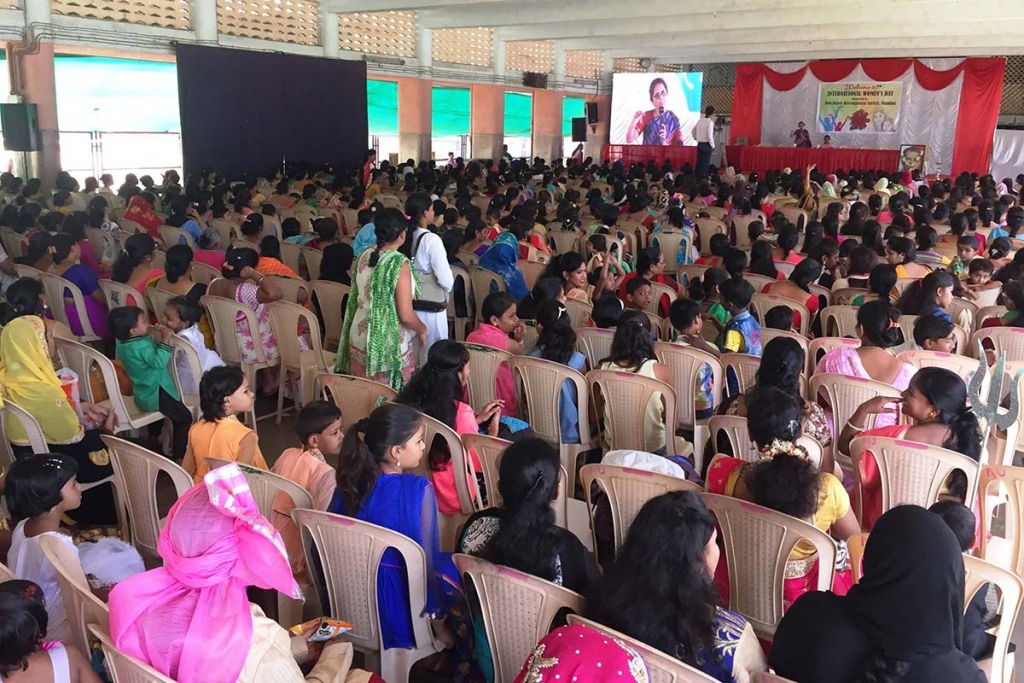 (MissionNewswire) On International Women’s Day, held annually on March 8, Salesian missionaries in Mumbai, India held an education program for women. The program, held by the Don Bosco Development Society, was attended by 1,400 women and focused on education for women, particularly on the prevention of violence against women and services for victims of violence. In addition, through this program, 493 women were able to access a medical camp set up by Salesian missionaries in collaboration with the Livalati hospital. Women received medical check-ups and some were provided with a month’s supply of medication.

Salesian missionaries living and working in India and in more than 130 countries around the globe are focused on achieving gender equality through education and workforce development programs targeted specifically for women and girls. These programs strive to empower women and girls by providing opportunities for education and training that leads to livable wage employment.

“Salesian missionaries empower young girls and women through education and ensure that they have equal access to schools and skills training for later employment,” says Father Mark Hyde, executive director of Salesian Missions, the U.S. development arm of the Salesians of Don Bosco. “Young women and girls face many disadvantages and barriers to accessing education and achieving financial independence despite their huge potential. Those who are able to access education are more often able to achieve financial independence and make better and healthier choices that affect not only themselves, but their families and communities as well.”

Salesian missionaries also have a focus on health, offering more than 200 medical clinics and hospitals around the globe, mostly in rural areas. These clinics and hospitals handle a wide range of medical care needs. In many countries with Salesian programs, additional dental and other necessary health services are offered.

“The health of the people we serve is very important to us,” adds Fr.Hyde. “The work we do in India goes beyond education. We serve the whole person by making sure the basic needs of health and nutrition are met, in addition to other social service needs.”

ANS – India – Over 1,400 women participating in the Women’s Day: 493 benefit from the free medical camp