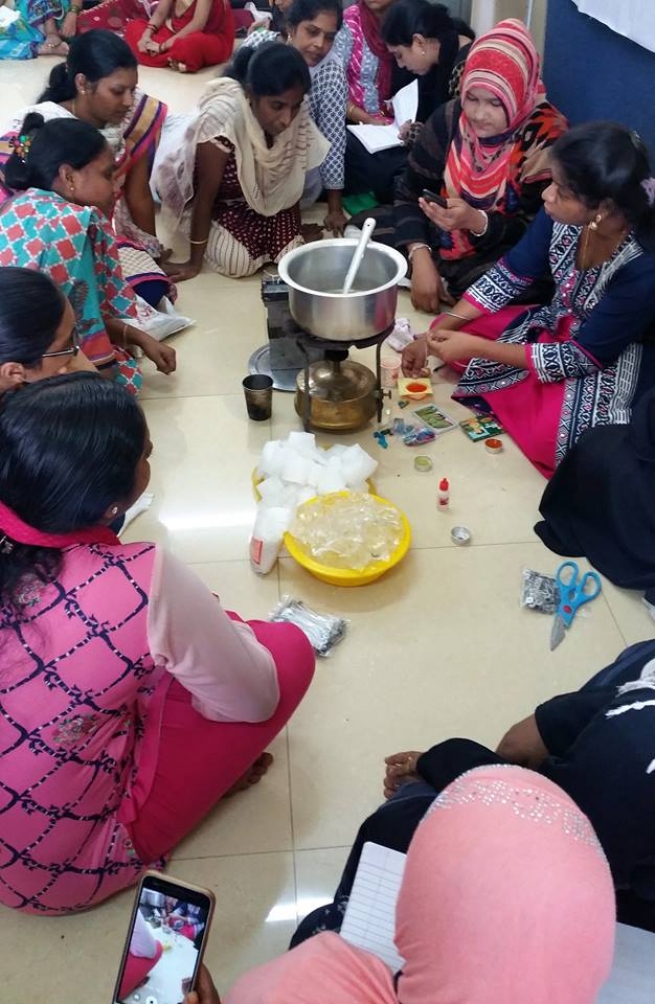 (MissionNewswire) On Oct. 28, the Don Bosco Development Society held a two-day workshop on the candle making business for women in the Salesian-run Self-Help Group. Forty women from the slums of Mumbai completed the training course, which was also held as a flood relief project supported by Don Bosco Mondo in Germany. This training was held in association with Dattopant Thengadi National Board for Workers Education Development.

“I was affected by the recent flood and heavy rains thereafter,” said Hassina Khan, one of the workshop participants. “I learned new income-generating skills, and I am grateful to Don Bosco.  Hopefully, with this skill of fancy candle making, I will be able to generate some income for my family.”

Father Rolvin D’Mello, executive director of Don Bosco Development Society, noted that the workshop was designed as a way to reach out to families in Mumbai who had been affected by recent flooding and train them in skills that would help them earn some extra income for their families.

Salesian missionaries living and working in India and in more than 130 countries around the globe are focused on achieving gender equality through rights training, education and workforce development programs targeted specifically for women and girls. These programs strive to empower women and girls by providing opportunities for education and training that lead to livable wage employment and their independence free from violence and exploitation.

“Many women and girls face disadvantages and barriers to accessing education and achieving financial independence despite their huge potential,” says Father Mark Hyde, executive director of Salesian Missions, the U.S. development arm of the Salesians of Don Bosco. “Women that are empowered through these skills training programs along with education and workforce development assistance are more often able to achieve financial independence and help support their families and communities.”