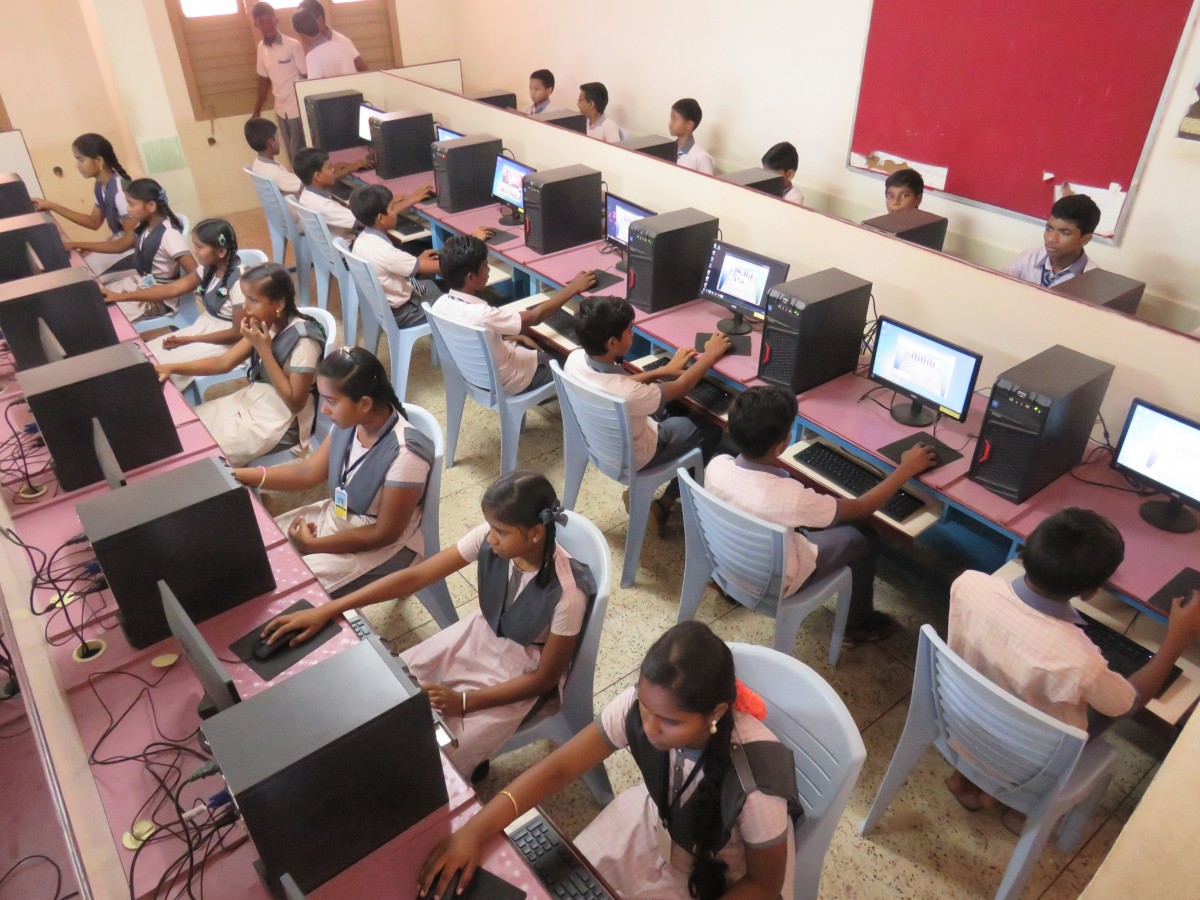 The school includes a boys’ hostel for 126 male students, 49 of whom are given free lodging and boarding. In addition to regular education, Salesian missionaries prepare the students to enter the workforce or pursue an advanced education. Most of the students have not had consistent access to computers and do not possess the knowledge or competency to use  them in today’s society and the job market. The school, with the donor funding, is establishing a lab with 20 computers for students in higher grade levels to acquaint and train them in computer usage and technology.

“Computer education in schools plays an important role in students’ career development,” says Salesian Father Bellamkonda Sudhakar, executive director of Bosco Seva Kendra, which oversaw the computer project. “A computer with internet access is the most powerful device that students can use to learn new skills and more advanced versions of current lessons. The newly set-up computer lab in Don Bosco High School Ravulapalem provides a free environment for learning for both teachers and students.”

The new computer lab is serving as a virtual library of resources, guiding students to learn and teachers to teach more effectively. Since receiving access to the new computers and the internet, student confidence in learning has increased, they are able to create new programs and simple applications and the speed of class projects is increasing. In addition, students are able to understand school subjects better, especially mathematics and science. The reputation of the school has also increased, encouraging a number of new admissions.

“Teaching and learning does not end as the student steps out of class,” adds Fr. Sudhakar. “The internet is a valuable source of information for students in the computer lab, but it also becomes a virtual classroom when students use it under supervision of their teachers.”

India’s youth also face a lack of educational opportunities due to issues of caste, class and gender. Almost 44 percent of the workforce is illiterate and less than 10 percent of the working-age population has completed a secondary education. In addition, many secondary school graduates do not have the knowledge and skills to compete in today’s changing job market.