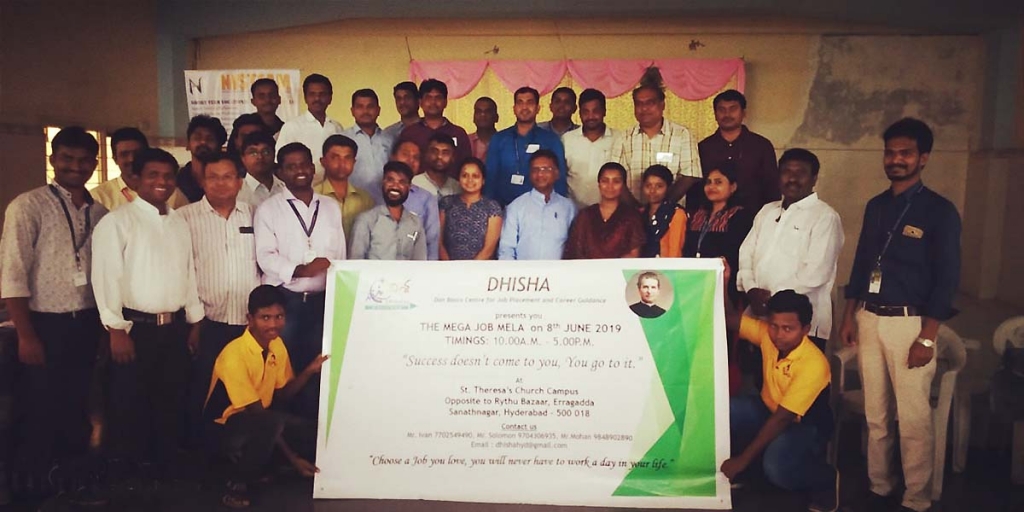 (MissionNewswire) The Don Bosco Center for Career Placement and Career Orientation, which is part of the broader Don Bosco Seva Kendra, recently organized a large annual job fair for youth. Father Thomas Santiagu, vicar of the Salesian Province of Hyderabad, inaugurated the event with leaders from Don Bosco Seva Kendra. The job fair brought together 21 companies that are currently hiring.

During the inauguration, Father Santiagu noted that the Don Bosco Center for Career Placement and Career Orientation helps youth find long-term employment and urged the organization to be constantly in contact with companies to ensure that young people are competent and qualified as well as good and productive employees.

Salesian vocational and technical training in India and around the globe offers formal and non-formal educational tracks. Both tracks often include on-the-job training in the industry of a student’s chosen area of study in addition to classroom learning. The goal is to help prepare youth for the workforce. Job fairs as well as resume writing and interviewing skills training are additional services provided by Salesian programs that prepare students for life after graduation.

“There is a huge skills gap in India and the need for more youth to be trained in industry specific work,” says Father Mark Hyde, director of Salesian Missions, the U.S. development arm of the Salesians of Don Bosco. “Partnerships between Salesian educational institutions and local businesses are meant to address the rise in youth unemployment while providing a skilled employable workforce.”