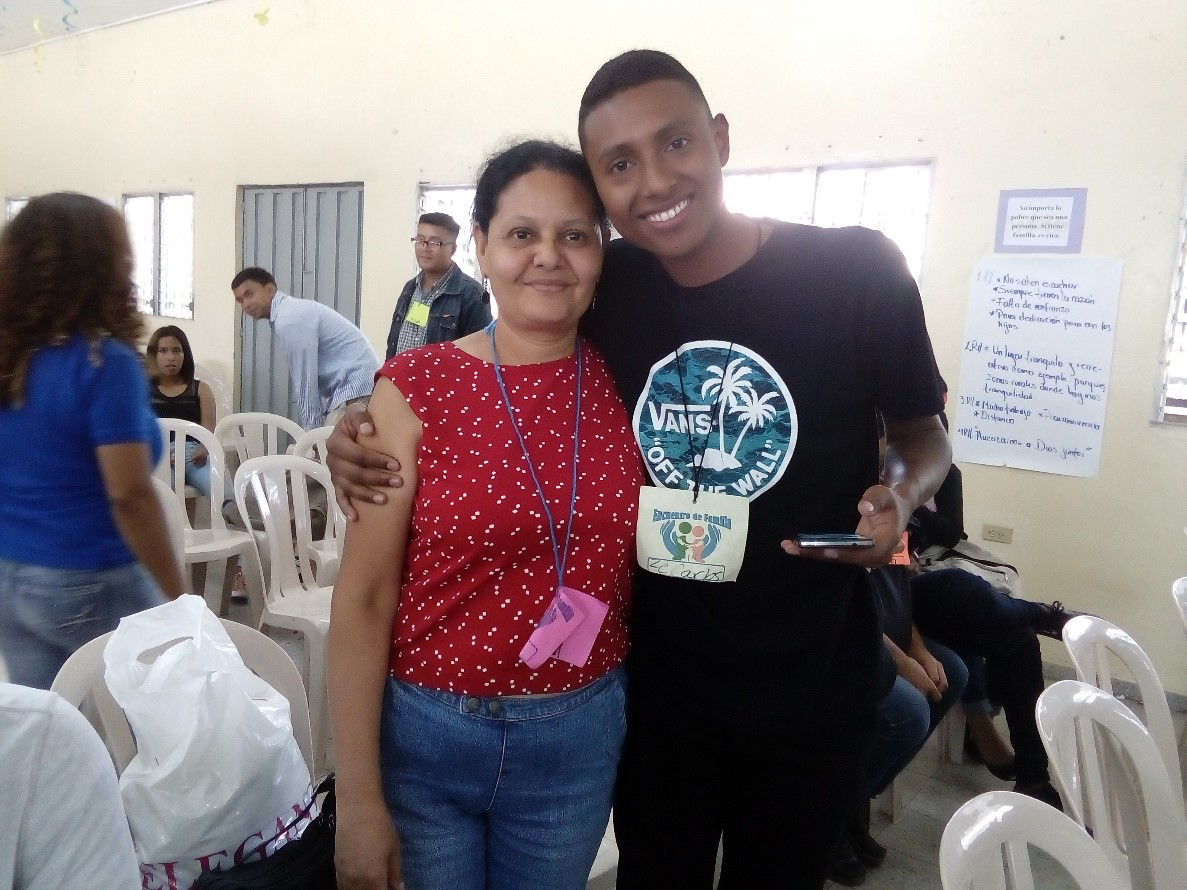 (MissionNewswire) Ze Carlos Castro Medina, a 21-year-old from the La Travesía District of Tegucigalpa in Honduras, is excelling in his coursework in industrial mechanics at the Don Bosco Vocational Training Center thanks to a new Salesian project called “Preventing Drug Consumption by Youngsters in Honduras.” The project aims to provide life skills training to 500 youth between the ages of 15 and 30 over a two-year period.

Salesian Missions, the U.S. development arm of the Salesians of Don Bosco, secured a grant from the Department of State Bureau of International Narcotics and Law Enforcement to fund this project. Its goal is to reduce the involvement of youth in the criminal justice system who are at high social risk of drug abuse and related criminal activities.

Medina lives with his mother and is the only income-earner in the home. He had a challenging childhood marked by drug use starting at just 13 years old. By age 14, he already belonged to a gang that dominates the neighborhood where he lives and as a result, was involved with drugs and other illegal activities.

Salesian missionaries met with Medina on the recommendation of staff at Project Victoria, a Salesian project partner that offers therapy to those addicted to drugs. During the meeting, Medina explained to Salesian staff the many difficult situations he experienced in his childhood and adolescence that contributed to his drug and gang choices.

Medina chose to take his life back, leave the gang and become a participant in the Salesian “Preventing Drug Consumption by Youngsters in Honduras” project. He started taking courses in industrial mechanics at the Don Bosco Vocational Training Center and began rehabilitation at Project Victoria. In 2018, Medina completed his rehabilitation and has now graduated to outpatient care at Project Victoria.

Since engaging in the Salesian project, Medina has excelled in his studies as well as in arts and sports. He is currently at the internship stage of his studies and receiving good reports from his boss. Medina is also a strong candidate to be selected as student of the year at the Don Bosco Vocational Training Center. Sharing his life experiences with his classmates and encouraging them to stay away from drugs so they don’t experience what he did, has made him a leader among his peers.

“The new life skills training project is providing youth like Medina the vocational and life skills they need to overcome the challenges in their families and communities,” says Father Mark Hyde, director of Salesian Missions. “Prevention is key but the project helps to meet youth wherever they are and redirect them onto a path to success.”

The “Preventing Drug Consumption by Youngsters in Honduras” project is timely and relevant given that Honduras, which is the second largest country in Central America, continues to be a highly dangerous place because of the lack of job opportunities, political instability, violence and insecurity and high risk and vulnerability to natural disasters. Honduras is also one of the poorest and most crime-ridden countries in the Western Hemisphere with 60 percent of its population living in poverty, according to the World Bank. Rough geographic terrain in the country has limited the development of transportation, keeping much of the rural population isolated. Poverty and food scarcity are severe in rural areas and one out of every four Hondurans struggle with chronic malnutrition. In addition, one out of every five Hondurans lack access to adequate healthcare.

Salesian missionaries have been working in Honduras for more than 100 years, operating schools, youth centers and medical clinics to help support and educate poor youth and their families. In addition, thanks to an ongoing partnership between Salesian Missions and Rise Against Hunger (formerly Stop Hunger Now), an international relief organization that provides food and life‐saving aid to the world’s most vulnerable, thousands of people in need, from infants to seniors, are receiving crucial medical aid and nutritious food through Salesian projects in Honduras.