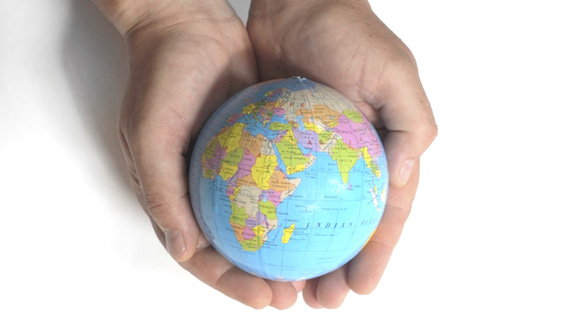 The two Covenants together with the Universal Declaration of Human Rights form the International Bill of Human Rights and outline the civil, political, cultural, economic and social rights that are the birthright of all human beings. The theme of Human Rights Day 2015 is “Our Rights. Our Freedoms. Always” which aims to promote and raise awareness of the two Covenants on their 50th anniversary. The day also marks the kick-off of a year-long campaign that will promote the theme of rights and freedoms – freedom of speech, freedom of worship, freedom from want and freedom from fear.

According to the United Nations, many people around the globe remain unaware of the existence of the International Bill of Human Rights and many countries still have much to do to build political institutions, judicial systems and economies that allow people to live with dignity. Through education and social development programming, Salesian missionaries in more than 130 countries around the globe fight to ensure that all youth know their rights, are able to fully participate in their communities and have their voices heard.

Whether it’s combating child labor, assisting homeless youth or building schools where children previously had no access to education, Salesian missionaries are on the front lines educating youth on their rights and ensuring access to programs and services they need. Working in more than 5,300 Salesian primary and secondary schools around the globe, missionaries educate children in some of the poorest places on the planet. Education provides vulnerable youth a sense of personal dignity and self-worth and helps to break the cycle of poverty. At Salesian schools, young children gain an education, learn about their rights and freedoms and participate in sports and other activities all in a safe environment that encourages learning and growth.

“Education is always our primary focus,” says Father Mark Hyde, executive director of Salesian Missions. “We know youth are dealing with much more than just needing access to education. Salesian programs are tailored to meet the needs of the communities they serve. Homeless and malnourished youth are simply not able to focus effectively on their studies while they struggle to meet their basic needs. Salesian programs also provide food and shelter so students are able to focus on the education provided.”

In honor of Human Rights Day, Salesian Missions highlights its unique educational programs that are helping poor youth receive an education, understand their rights and find a path out of poverty, bringing them hope for the future.

In a country where less than half of children finish primary school, more than 50,000 children have received the encouragement and support needed to complete an elementary education through the Don Bosco Children Fund since its inception in 1992. The Don Bosco Children Fund assists poor youth between the ages of 6 and 15 who are either unable to go to school or have had to drop out due to poverty. Through the fund’s program, youth not only receive support to continue their education, they also receive a monthly assistance package consisting of goods and cash. Social workers ensure that participants make progress and remain in school and those with special aptitude are further supported and encouraged to pursue college coursework. During the 2013-2014 school year, the Don Bosco Children Fund supported 4,426 students in Cambodia’s government-run schools and another 637 students in schools managed by Don Bosco Schools Battambang.

The Child Rights Education and Action Movement Project operated out of the city of Bangalore reached out to poor youth in both urban and rural areas of the State of Karnataka in southwestern India to create a culture that will support and uphold the protection of children’s rights. The goal was to encourage and enhance youth participation in the development process of promoting children’s rights and ensuring their care and protection. The project included the formation of more than 450 child rights clubs and the training of 900 teachers and 22,500 children in human rights education. The clubs aim to impart children’s rights awareness to about 75,000 children within a three year period.

Salesian Missions in Madrid, Spain recently released a report titled, Right to Protection of Children in Sierra Leone, which detailed a number of child rights violations that have been occurring in the country in the wake of the Ebola epidemic. According to the report, youth are faced with the devastating repercussions of Ebola including forced child labor, child abuse and more than 12,000 children who have been left orphaned. In Sierra Leone’s capital city, Freetown, Don Bosco Fambul, one of the country’s leading child welfare organizations, has been working for the prevention and detection of child rights violations as well as providing care and social integration for children and youth at-risk. Since 2010, the organization has provided a countrywide phone counseling service and since the outbreak of Ebola in 2014, the counseling line has turned into a widely used resource for Ebola prevention and support. More than 25,000 calls about Ebola have been answered and fielded. The data gathered as a result of the calls has helped the country’s national registration office identify Ebola hotspots and crisis regions. Through the hotline, Don Bosco Fambul brought hope to the children and adolescents of one of the poorest countries in the world during a terrible time of crisis.

As a result of violence and a struggle to gain independence, much of South Sudan had been reduced to rubble. Infrastructure including hospitals, churches, schools and social program buildings were almost totally destroyed. Given the inability of the government to solve the problem, two Salesian priests decided that the best way to help the fledgling nation was through education. At the time of independence, more than 70 percent of the country’s children did not attend school. The “One Hundred Village Schools for South Sudan” project started in 2012 and since that time, 60 primary schools, comprised of four classrooms and a teacher’s office, have been built across the Salesian dioceses in the country. These schools are currently educating 13,500 children. The remaining 40 schools are expected to be completed by 2017.