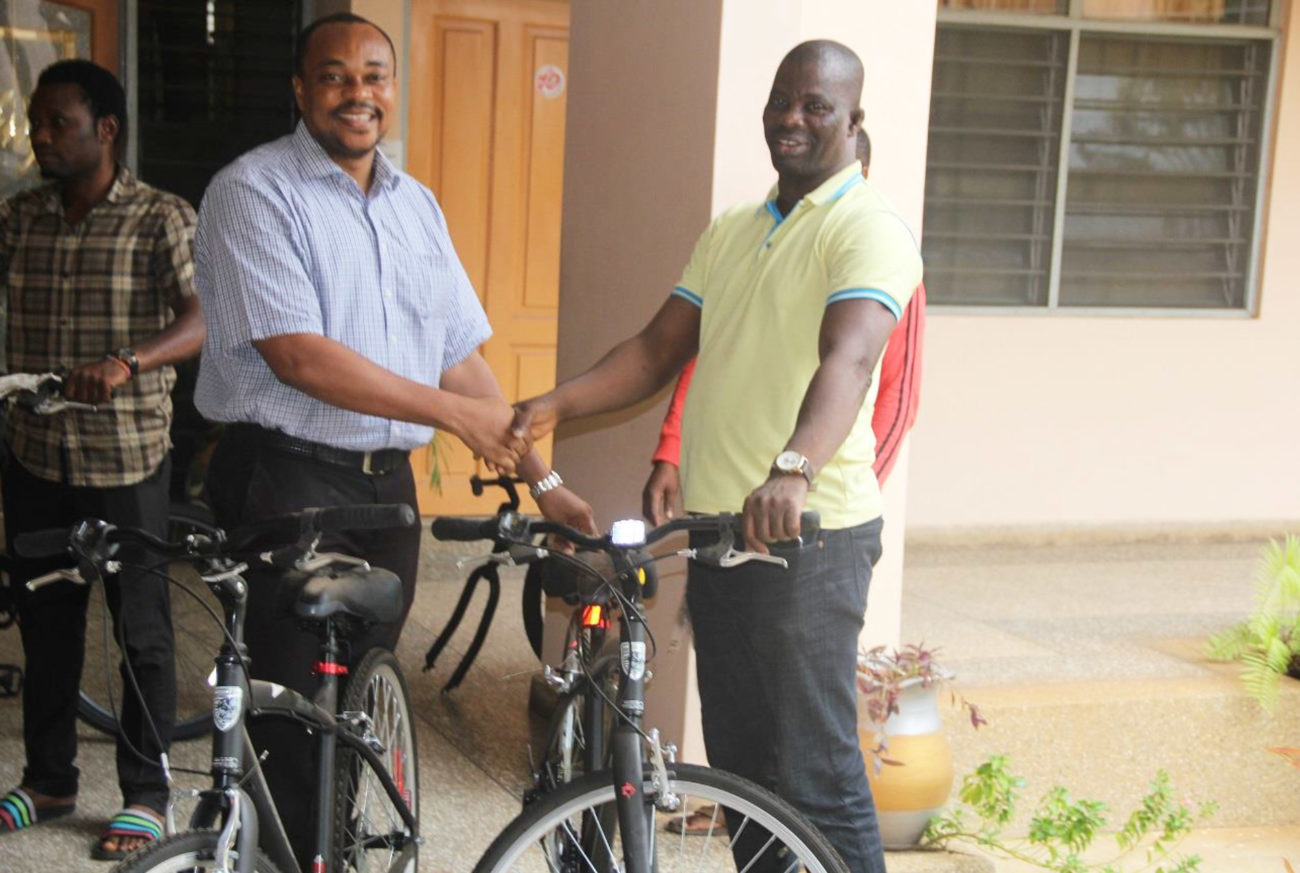 (MissionNewswire) Youth and staff at Salesian programs in Ghana have new chairs and bicycles thanks to a donation by World Vision through Salesian Missions. The items were sent to the Don Bosco Technical Institute, the Don Bosco Child Protection Center, the Boys Hostel and the Salesian provincial office in Ashaiman and the St. Dominic Savio Community in Tatale.

Chairs were provided for office and meeting spaces to give staff a more comfortable work environment. The bicycles received were provided to students and staff at the Don Bosco Technical Institute and Don Bosco Child Protection Center who previously had to walk great distances to and from school and work.

John Abugre, a young single parent of two children who works in security at Don Bosco Technical Institute in Ashaiman, was provided a bicycle. He lives in an unfinished building with his two children about 20 kms from where he works and spends about $1.50 a day on transportation. This expense comes out of his small salary which is not always sufficient to meet his family’s needs. Now, he rides the bicycle donated to him to and from work every day. This has gone a long way in helping him to save money to provide for his family and he is very grateful for the support.

“We are very grateful to our donors who are able to provide Don Bosco Centers with the items they need to make school and work more accessible and comfortable,” says Father Mark Hyde, director of Salesian Missions, the U.S. development arm of the Salesians of Don Bosco. “Transportation to and from Salesian schools and centers is critical so that youth can fully take part in the programs available to them. Having to walk for hours each day cuts down on the time youth have to study and fully participate with their peers. Having a means of transportation allows students to focus on school and their social development.”

While Ghana’s economy continues to improve, nearly 45 percent of the population lives on less than $1 a day, according to UNICEF. Rural poverty remains widespread in the dry savannah region that covers roughly two thirds of Ghana’s northern territory. Small-scale farms suffer from a lack of infrastructure and equipment, both of which are needed to shift from subsistence farming to more modern commercial farming which would yield greater incomes and a chance to escape poverty.