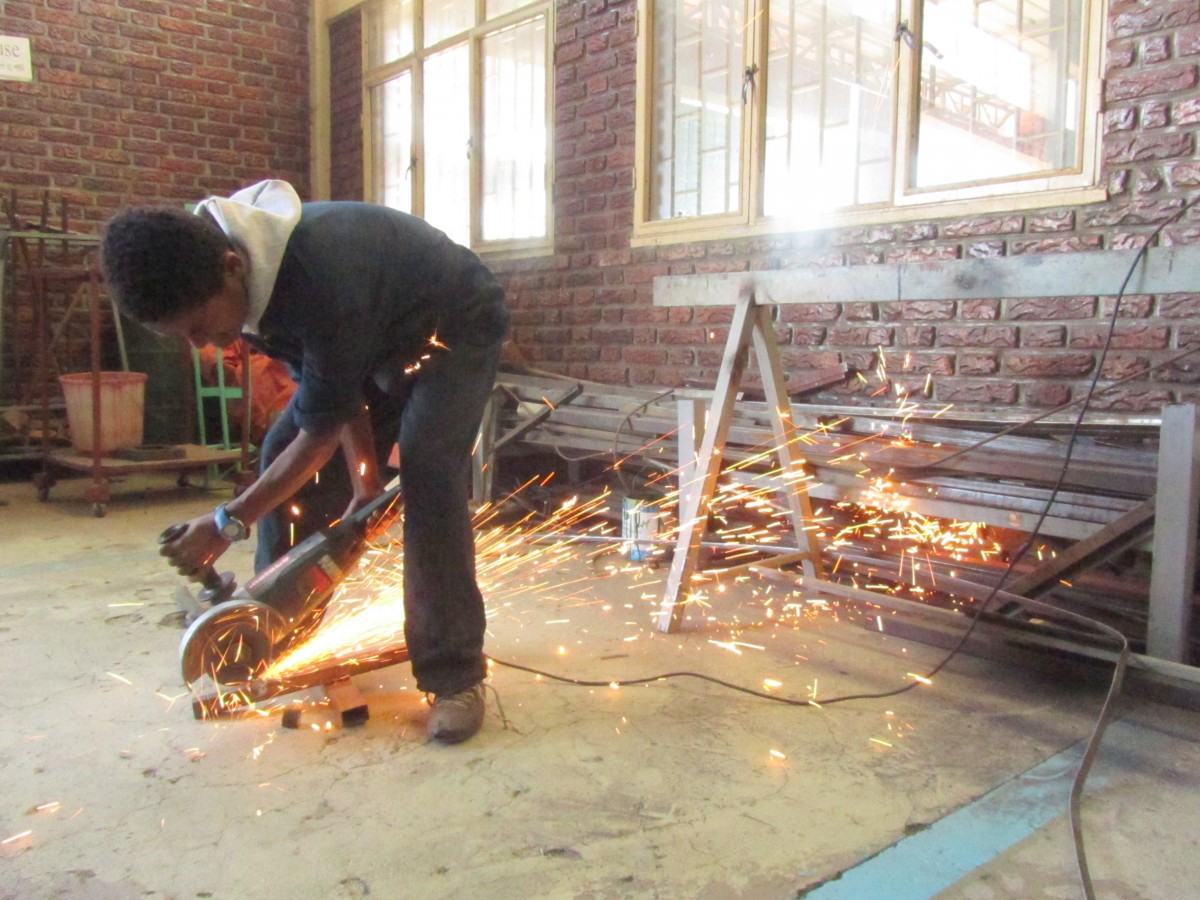 (MissionNewswire) Thanks to a partnership between the Don Bosco International Volunteers for Development (VIS), and the United Nations Office on Drugs and Crime (UNODC), young boys in Addis Ababa, Ethiopia have a new lease on life. Determined to address one of Ethiopia’s most pressing socioeconomic challenges—the burgeoning number of abandoned, runaway and otherwise at-risk children fending for themselves in the city—Don Bosco VIS and UNODC launched the “Rehabilitation and Reintegration Services for Children in Conflict with the Law” in November 2015.

As a result, 16-year-old Amanuel, 15-year-old Tamiru and 98 other girls and boys who now live at the Bosco Children Project shelter under the compassionate care of Salesian missionaries. The Bosco Children Project provides supportive and educational services in addition to an outreach orientation center and a hostel for youth, mostly boys, who are orphaned or live on the street.

“In Addis Ababa alone, there are as many as 100,000 children who desperately need assistance in getting off the streets and turning their lives around,” explains Father Mark Hyde, executive director of Salesian Missions, the U.S. development arm of the Salesians of Don Bosco. “Because the Bosco Children Project provides the only shelter and rehabilitation center in Addis Ababa, it’s difficult to adequately address the crisis. This innovative partnership is providing crucial resources—food, educational materials and additional staff—so that we may help as many homeless youth as possible.”

Amanuel found his way to Bosco Children’s Home after spending six grueling months in a detention center for a theft he did not commit. Just 2 years old when his mother sold him to a “benefactor” who ultimately abandoned him, Amanuel had been living on the streets since the age of 13. He battled cold nights, drenching rains and the constant threat of beatings from older boys who forced him to beg and steal for their own gain.

“Some youth intentionally commit petty crimes, hoping that by being in jail, they will at least have their basic needs met,” says Andualem Tafesse, director of Bosco Children Project. “Others, like Amanuel, are rounded up without cause. But the end result is the same: when they are released, they have no alternative but to return to their previous lives. It’s a vicious and hopeless cycle for the children, and for society as a whole.”

Tamiru was even younger—9 or 10 years old—when he ran away from an abusive aunt who was supposed to care for him. Although he avoided arrest while living on the streets, he was unable to avoid destitution and despair as he scrounged for scraps of bread night after night. “I sniffed glue because I couldn’t take it any longer,” he recalls. Fortunately, he met staff from Bosco Children’s Home during their nightly outreach work and asked for their help.

At the home, youth receive shelter, meals, warm clothing, psychosocial counseling and access to basic education and literacy classes. Once ready, they participate in a skills training orientation, where they experience a variety of vocational courses—automotive, carpentry, culinary arts and more—with an eye toward choosing their favorite. Recently, Amanuel selected metal work while Tamiru opted for leather craft. For the next eight months, the boys and their classmates will hone their knowledge and skills as they prepare to support themselves as independent adults. Once they complete their training, Bosco Children Project will provide financial and career-placement assistance for up to five months as the students seek jobs and housing.

“I am very happy for this opportunity,” says Amanuel. “Now I can think about my future. The counselors at Don Bosco helped me change my attitude and my life!”

Tamiru agrees. “The world has changed for me since coming to Don Bosco. I am a new person.”

In gratitude for the opportunities given to them, both boys now join staff on evening rounds of the streets, encouraging other children to seek help at Bosco Children’s Home.

UNODC – Joining Forces to Restore the Lives of Vulnerable Children