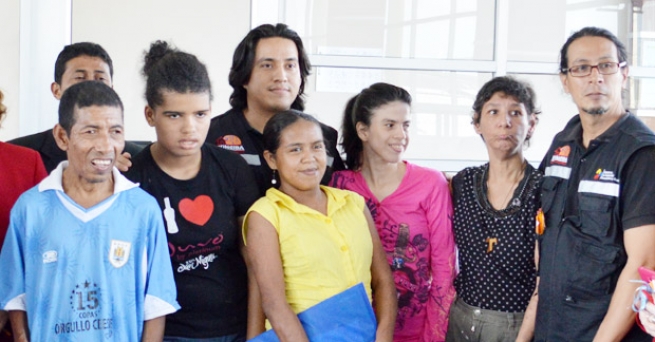 (MissionNewswire) The Salesian Polytechnic University of Guayaquil in Ecuador has opened a support center and study room for visually impaired students thanks to the support of the Academic Group ASU for Free Software and the TICAD Research Group, which focuses on information technologies and communications to help those with disabilities. The support center will provide academic assistance to teachers and students with disabilities, creating accessible documents and teaching materials adapted to the different skills of the people who attend the academic institution.

The academic support that will be provided for students with visual disabilities will be very broad and cover many subjects. The study room will provide accessible materials and digital texts that facilitate study thanks to new screen reader software such as JAWS and NVDA. Books, magazines, educational materials and other items in braille, as well as material for listening such as CD, DVD, movies, stories, texts and books.

“We have a hard drive with four terabytes of information created and produced specifically for this purpose, available for the visually impaired and those that are deaf and blind” said Nelson Mora, researcher at the TICAD Research Group.

These new spaces aim to promote the exchange of knowledge, provide support, and facilitate the inclusion of students with disabilities, both in the Guayaquil campus and in the local Academic and Research Network that helps schools with inclusive technologies.

“Our Salesian institution has great ideas that are taking shape through research groups, and integrating students with disabilities is one of those,” says Father Javier Herran Gómez, rector of the Salesian Polytechnic University. “All students deserve a chance at quality education and bettering their lives.”

The Salesian Polytechnic University started in 1994 and has campuses in Cuenca, Guayaquil and Quito and provides educational programs in biology, social science and human behavior, education, science and technology, animal science, literature, administration and finance and religion. Students attending the university often focus their studies beyond the classroom by taking part in hands-on research and job training in addition to traditional coursework.

“Across Ecuador, gaining a university degree and learning employable job skills helps reduce inequities in employment,” says Father Mark Hyde, executive director of Salesian Missions, the U.S. development arm of the Salesians of Don Bosco. “The Salesian Polytechnic University gives students a chance to meet like-minded peers and gain an education that will help them become contributing members of their communities.”

Violence, especially towards young people, is high in the country. Homicides are the second leading cause of death among young people and the primary cause of death among young women. Instances of physical abuse and domestic violence happen frequently and are often not properly handled by local law enforcement agencies. In addition, a high percentage of youth engage in drug use and are at-risk of falling prey to criminal activity and gang violence.