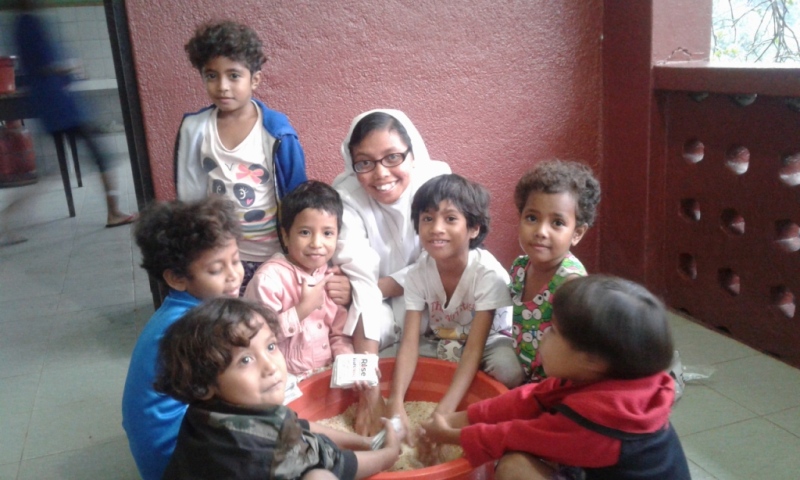 (MissionNewswire) Youth accessing programs through the Maria Auxiliadora Foundation, operated by Salesian sisters, have access to better nutrition thanks to a partnership between Salesian Missions, the U.S. development arm of the Salesians of Don Bosco, and Rise Against Hunger, an international relief organization that provides food and life-changing aid to the world’s most vulnerable. The rice-meal donation has been distributed to Salesian sisters programming in Dili, Venilale, Laga and Fuiloro.

Venilale and Laga are rural environments about 100 km from the capital of Dili. The area is mountainous with rainy and cold weather almost all year. It is a subsistence economy, with nearly all of the families cultivating rice for food. Youth in the region who are not able to find work and are not happy with work in the fields leave for more urban areas.

The rice-meals are provided to girls in the Laga Laura Vicuna Orphanage, which is home to 98 girls, aged 6 to 16 years. Through education incorporating studies such as theater, dance, music, sewing and sport, girls are encouraged to develop their skills and talents. Nutritional meals are provided five times a day thanks to support from donors.

Laga has an extensive parish and consists of more than 40 villages, 24 schools and 38 pastoral centers, of which many are difficult to physically access. Parents connect with Salesian programs so their children receive an education that will help them later find and retain stable employment and contribute positively to their communities.

The donation was also shared with the Venilale Salesian Sisters’ Orphanage, which accommodates 116 girls, aged 6 to 16 years. The girls are given an education and are encouraged to participate in recreational activities.

“The rice-meal donation has been a critical part of helping these young girls have the proper nutrition they need to focus in school,” says Father Mark Hyde, director of Salesian Missions. “Prepared students are more likely to learn valuable skills that will help them gain employment and break the cycle of poverty in their lives while enabling them to give back to their communities.”

East Timor is home to 1.26 million people and according to the Human Development Index, the country ranked 132 out of 189 for life expectancy, access to education and standard of living in 2018. The World Bank estimates that East Timor has close to 42 percent of its population living in poverty with over one-third of the population regularly experiencing food shortages. In addition, close to 50 percent of the population is illiterate.