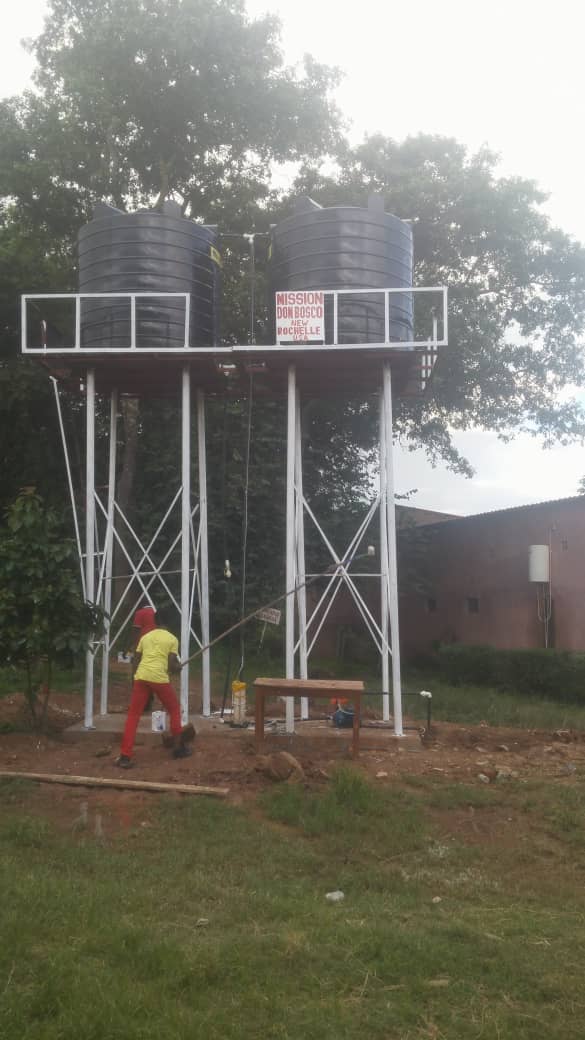 (MissionNewswire) Children, young mothers and pregnant women now have access to safe, clean drinking water thanks to a water project funded by donors through Salesian Missions “Clean Water Initiative.” The project is impacting 150 youth living at the Salesian Chem Chem Youth Center, located in Lubumbashi, Democratic Republic of Congo, as well as the surrounding population of more than 2,000.

The project sought funds to drill a motorized well, build supports for plastic tanks and install a solar-powered immersion pump. With the project complete, young women and children will no longer have to travel far distances in search of clean water. This water project is the second to take place at the Chem Chem center. In 2017, funding was provided to upgrade the existing water system at the agriculture training center at Chem Chem to allow proper quantities of clean water for students. This was accomplished by deepening the existing well, erecting a water tower and installing two 2,500-liter water tanks.

UN-Water estimates that worldwide 2.1 billion people lack access to safely managed drinking water services and by 2050, the world’s population will have grown by an estimated 2 billion people, pushing global water demand up to 30 percent higher than today. One in four primary schools have no drinking water service, with students using unprotected water sources or going thirsty. In addition, UN-Water notes that more than 700 children under 5 years of age die every day from diarrheal disease linked to unsafe water and poor sanitation.

In response to this crisis, Salesian Missions, the U.S. development arm of the Salesians of Don Bosco, has made building wells and supplying fresh, clean water a top priority for every community in every country in which Salesian missionaries work. The project in the Democratic Republic of Congo is just one of many that have been completed, with more in process.

“Water is essential for life, and it’s critical that Salesian programs around the globe have access to safe, clean water for the health and safety of those we serve,” says Father Mark Hyde, director of Salesian Missions. “Improving water and sanitation facilities brings a sense of dignity to children and ensures that teachers and students are working and learning in an environment that promotes proper hygiene and has safe drinking water. This reduces the number of waterborne illnesses that can affect those in our schools, keeping them away from important study time.” 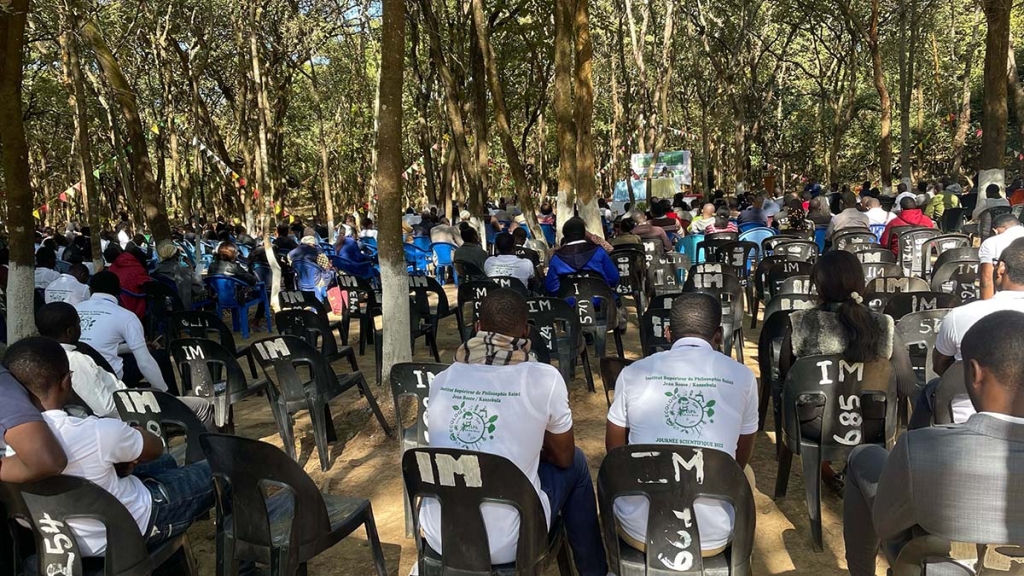