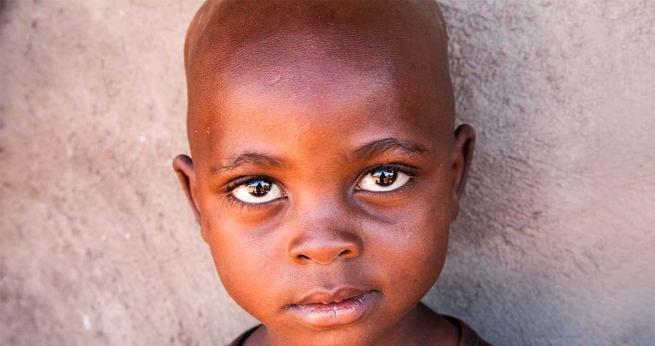 (MissionNewswire) Salesian missionaries are providing clean water access to children and families in Cité Plateau III which is a poor and overcrowded area of ​​Lubumbashi in the Democratic Republic of the Congo. Child labor is considered normal and the rate of schooling is extremely low. Part of the challenge is a lack of water which has created a health emergency in the area.

The only drinking water available at Cité Plateau III is distributed by a few rudimentary fountains that are fed by the same aquifer that houses wastewater. Rainwater and water that accumulates in the stone quarries scattered throughout the territory is collected by women who store the water in old, dirty containers. This water is often contaminated. Some mothers get up at 4:00 am to go and draw water from the wells of the neighboring districts, but this is not always possible.

The local population is exposed to health risks from contaminated water and severe dehydration which can lead to loss of consciousness, multiple organ failure and even death. To address the need for clean water, Salesian missionaries are drilling down 100 meters to draw on a pristine aquifer. They will then build a well that includes the installation of a submerged electric pump which will be powered by four solar panels for renewable energy.

The presence of a safe water source will prevent the spread of diseases such as cholera and typhoid fever which can be fatal for children and pregnant women. It will also contribute to improving children’s health as they are often forced to leave school to help find and carry water. In addition, it will significantly increase the quality of life of all the women in the neighborhood who will no longer be forced to travel for miles to obtain clean drinking water.

The well project will directly benefit at least 6,000 people, but at an indirect level it will do much more. The initiative provides for the direct involvement of people living in Cité Plateau III in the well’s management. An awareness-raising campaign will be launched once the inauguration takes place to train the locals on the importance of personal hygiene.

“Water is essential for life, and it’s critical that Salesian programs around the globe have access to safe, clean water for the health and safety of those we serve,” says Father Mark Hyde, director of Salesian Missions, the U.S. development arm of the Salesians of Don Bosco. “Improving water and sanitation facilities brings a sense of dignity to children and promotes proper hygiene. This reduces the number of waterborne illnesses that can affect those in our schools, keeping them away from important study time.”