DR CONGO: Salesian missionaries prepare for start of the school year amid rising concerns of Ebola in Goma 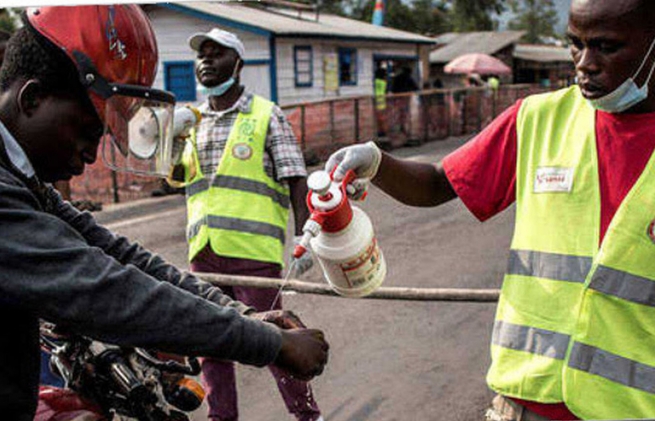 (MissionNewswire) At the Don Bosco Ngangi youth center and technical school, located in city of Goma in the Democratic Republic of Congo (DRC), Salesian missionaries are concerned about the spread of Ebola in the city and are preparing the facilities and programs in anticipation of children returning to school. Missionaries want to ensure the good health of the children, but they do face some challenges.

The World Health Organization (WHO) has noted that there are close to 3,000 cases of Ebola and 2,000 deaths recorded since the outbreak was declared in August 2018. While the majority of Ebola cases remain in DRC’s North Kivu province, the virus has spread to neighboring South Kivu province and the transit hub of Goma.

The country’s authorities confirmed that a mother and her 7-month-old child tested positive for Ebola in Mwenga, in South Kivu, which raises concerns about the risk of international expansion, due to its proximity to countries like Rwanda, Burundi and Tanzania. The WHO has noted that it has vaccinated more than 1,300 people who potentially came into contact with the Ebola virus in Goma, but the concern remains.

“We are concerned about what is happening outside of our doors,” explained Salesian missionaries working in the center. “We are in touch with the people of the city, with children and young people, with their families and with employees. We cannot control that measures of prevention are applied outside. It is difficult because some people don’t believe that Ebola can affect them, and in others cases, some families can’t afford to buy disinfectants.”

Despite the authorities and health workers working tirelessly to provide information about prevention and control of the virus, the population is still not aware of the true consequences, reported the Salesians.

“In July, the first case of Ebola was confirmed in Goma, one of the most populated cities in the DRC and the alert was immediately announced,” explained Salesian missionaries who work in the city. Missionaries reported that the victim was a 46-year-old man. Since then, there have been seven positive Ebola cases in Goma, but the city’s routine has barely changed.

Fear in the Salesian centers of Goma is increasing, especially given that the educational centers will reopen their doors to hundreds of children and young people in September. Salesian missionaries are assessing the ongoing situation and are putting preventive measures in place within their own centers.

Salesian missionaries were also on the front lines of preventive measures during the West African Ebola outbreak of 2014, which affected Sierra Leone, Liberia and Guinea. The Salesian-run Don Bosco Fambul, one of Sierra Leone’s leading child-welfare organizations located in Freetown, the country’s capital city, had been on the forefront of efforts to help prevent Ebola in communities throughout Sierra Leone and provide care for children left orphaned by the deadly epidemic. The organization received Sierra Leone’s Presidential Award in recognition of its contribution in fighting Ebola.

Reuters – WHO says no new Ebola cases in Goma, vaccinates over 1,300