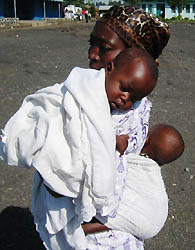 (MissionNewswire) Three million newborn babies die every year from easily preventable or treatable causes such as infections, complications at birth and complications of prematurity, according to Save the Children’s 14th annual State of the World’s Mothers report. The report also noted that more than 1 million babies die on the first day of life, making the birth day the most dangerous day for babies in nearly every country, rich and poor alike.

Babies born in sub-Saharan Africa are more than seven times as likely to die on the day they are born as babies in industrialized countries. An estimated 397,000 babies die each year in sub-Saharan Africa on the day they are born, and while the region accounts for 12 percent of the world’s population, 38 percent of the world’s first-day deaths occur here.

Save the Children’s first-ever Birth Day Risk Index compared first-day death rates for 186 countries and found that babies in Somalia, the Democratic Republic of the Congo, Mali and Sierra Leone have the highest rates of first day deaths. Mothers in these countries are also at higher risk on this day. The Democratic Republic of the Congo ranked 176 of 186 countries and scored in the bottom ten on all indicators. One in 30 women is likely to die from problems related to maternity in the country.

Salesians in the Democratic Republic of the Congo are working to find ways to reduce newborn deaths and lower the risk to mothers. One of the primary preventive measures the report focuses on is for countries to invest in health care workers, especially those working on the front lines, to reach the most vulnerable mothers and babies.

Last year, in collaboration with the National Program of Reproductive Health and the Provincial Medical Inspector of North Kivu, the Don Bosco Center in Goma-Ngangi launched new training sessions for medical staff that focus on newborn and maternal health. This new program is also supported by Salesian Volunteers for International Development.

“Newborn and maternal deaths are preventable during childbirth and in the days that follow,” says Father Mark Hyde, executive director of Salesian Missions, the U.S. development arm of the Salesians of Don Bosco. “This program is providing important training to new health care workers and those who are already practicing that need opportunities to update and improve their skills. Medical staff are on the front lines for reducing the incidence of newborn and maternal death, and they must have access to specialized training that will provide them information on the latest medical practices and technologies.”

The program’s training course has provided six sessions for over 100 doctors and nurses in Goma who are maternity specialists. Participants have explored issues related to prenatal consultation, support for pregnant women, childbirth and neonatal care. A focus of the training is working with medical staff to put the patient at the center of the medical system and to focus on the mother’s needs throughout the pregnancy and birth.

For more than 10 years the Don Bosco Center has also run an orphanage for infants and children up to the age of three. If a mother dies in childbirth and the family does not have the means to feed and care for the baby, the father can bring the infant to the Don Bosco Center. Social workers there decide what is best for the child, providing milk if the family is able to care for the child at home or accepting the child at the orphanage where they can stay up to three years before being returned to the family.

“Salesians are working directly with families in Goma. The more we can do to prevent these deaths, the better. But if the mother dies during childbirth, the Salesians work with the family and provide them the support to get through the most challenging and difficult time,” adds Fr. Hyde. 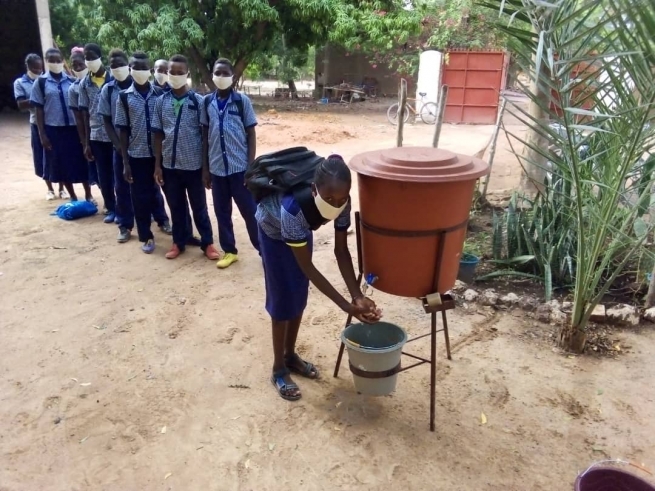