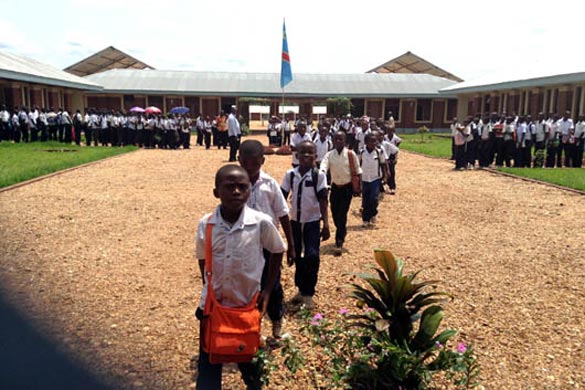 (MissionNewswire) The Democratic Republic of the Congo has been plagued by intense civil war and internal conflict since the outbreak of fighting in 1998. As a result, there have been close to 5.4 million deaths, according to the International Rescue Committee. Most deaths resulted from non-violent causes such as malaria, diarrhea, pneumonia and malnutrition, all typically preventable under normal circumstances but often fatal in times of conflict. Close to 1.5 million people have been internally displaced or have become refugees in neighboring countries after having fled the country to escape the continued violence.

Young people make up about 19 percent of the country’s population but account for 47 percent of deaths during this conflict. Poverty is rampant, according to UNICEF, and 72 percent of rural households and 59 percent of urban households are poor. Nearly 40 percent of children under five suffer from chronic malnutrition and most of the population lives under conditions of moderate to serious food insecurity. The 2013 Human Development Index ranked the Democratic Republic of the Congo 186th out of 187 countries and territories listed.

Salesians have been working in the Democratic Republic of the Congo for more than 100 years, ensuring that the most vulnerable children are not forgotten through several educational initiatives. Initiatives much needed in a country where 7 million children do not have access to education because their families cannot afford to pay the required tuition for school.

The newest Salesian initiative is the development of a professional technical institute in Tshikapaon in the district of Kasai, a few miles from the border of Angola. Here, youth will have access to technical training that will allow them to advance their studies in professional fields and learn the skills necessary to find and retain employment.

The Institute will be the first and only technical school in the city and is still under construction, although 10 of the 20 classrooms and two storerooms have been completed and are ready for use. The Salesians have been working within the community to establish the program and develop the necessary resources and networks to make it successful.

“There is a great need for education in the country,” says Father Mark Hyde, executive director of Salesian Missions, the U.S. development arm of the Salesians of Don Bosco. “Education provides a path out of poverty and the youth we educate today will be those giving back and rebuilding their communities in the years to come.”

Also in the Democratic Republic of the Congo, Salesians operate the Don Bosco Ngangi Center in Goma which serves as a haven for the poor and suffering. Many of the children who attend programs there have nowhere else to turn. Built on the grounds of a school and sports field, the center has grown to provide vocational training, refugee housing, a rehabilitation facility for child soldiers, nutritional center and medical center.

In addition, Don Bosco Ngangi Center provides aid and services to the many surrounding refugees camps. Orphans, abandoned children, victims of disaster and refugees are among the 2,338 students who rely on the center as their only hope for a better future. For most of them, it’s also the only place where they can get a nutritious meal each day.

“Despite overwhelming obstacles confronting these children—not to mention the challenges of teaching and feeding them with limited resources—the results are encouraging and inspiring,” adds Fr. Hyde.