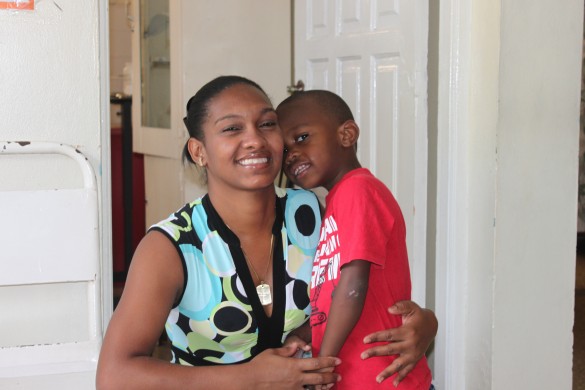 (MissionNewswire) Eight Salesian-run health clinics, located in Santo Domingo,  Jarrabacoa, Hainamosa, La Vega, and Santiago in the Dominican Republic, received medical aid in 2016 and 2017 thanks to an ongoing partnership between Salesian Missions and Rise Against Hunger (formerly Stop Hunger Now), an international relief organization that provides food and life-changing aid to the world’s most vulnerable. In addition to providing countries around the globe nutritious meals, Rise Against Hunger also leverages partnerships to provide other types of aid including medical supplies, soap, clothing and school supplies.

The donation consisted of assorted medicine like NSAIDs, antibiotics, GI medication, and high blood pressure medication. Another shipment included additional medication and diagnostic and surgical supplies. It also included hygiene products, baby wash, toothbrushes, and crutches. The Dominican Republic was one of six countries to receive medical aid from Rise Against Hunger last year. Through its long-term partnership with Salesian Missions, Rise Against Hunger was able to provide these health clinics with medications, lab equipment, orthodontist and dentist equipment, and other supplies including those for nursing mothers.

Mothers of young children use the Salesian health clinics for routine exams as well as illness. Cheroly takes her daughter Andreli, age 4 months, for her regular vaccines and consultations with the pediatrician at San Pedro Apostal Dispensary. The nursing staff also showed her how to breastfeed, and she receives free medicine. The health clinics also care for adults in the community. Magaly, age 73, has visited the San Pedro Apostal Dispensary over the last three to four months for treatment for high blood pressure. Before, she could not afford the medicine she needed, but at the Salesian medical clinic she receives medicine and high-quality care free of charge.

“The work of Salesian missionaries in the Dominican Republic and in programs around the globe goes beyond education,” says Father Mark Hyde, executive director of Salesian Missions, the U.S. development arm of the Salesians of Don Bosco. “We aim to serve the whole person by making sure that basic needs like health care are met in addition to other social service needs. The work of these Salesian health clinics ensures that our students, their families and people in their community have the health care they need. We appreciate the ongoing support from Rise Against Hunger to help ensure these clinics have the supplies they need to be fully operational.”

Nearly half of youth under the age of 18 live in poverty in the Dominican Republic, according to UNICEF. Even though the country’s economy has been steadily improving since 1996, the country’s poor still struggle to get enough food to eat and to access safe drinking water and adequate housing. Only 30 percent of youth finish primary school and only 18 percent finish secondary school on time. Schools are in poor shape with nearly half having no access to safe drinking water and more than 60 percent lacking adequate bathroom facilities.