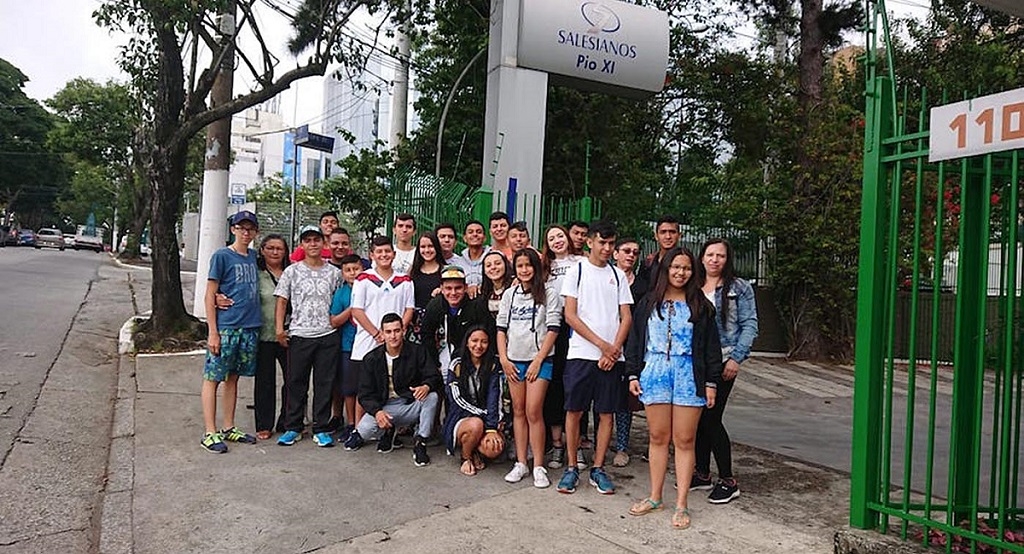 (MissionNewswire) Youth in the Músico Marcial Don Bosco Band competed in an international tournament of bands in Sao Paulo, Brazil from Nov. 21-27. The event, which brought together the best bands from South American nations, was organized by the Imagination Marching Concepts, a company that organizes band events and competitions.

Salesian students who are part of the Músico Marcial Don Bosco Band are from the Salesian Technical Agricultural Institute located in Silvania, a town and municipality in the Cundinamarca Department of Colombia. The Salesian band won fourth place in the artistic and cultural tournament and finished second in the percussion battle category.

Many Salesian schools offer band as an organized school activity. Those who join the band have the opportunity to learn a new skill and engage with their peers. Organized band activities often replace idle time when students might engage in less healthy or productive activities. Participating in a band can bring structure to a student’s life while teaching valuable concepts like teamwork and collaboration.

“Participants become an integral part of the band’s larger community and find purpose in working together toward a common goal,” says Father Mark Hyde, director of Salesian Missions, the U.S. development arm of the Salesians of Don Bosco. “Students are able to choose the instrument they are most interested in and receive lessons, play the instrument in recitals and other events and build relationships with like-minded peers.”

The work of Salesian missionaries in Colombia is internationally recognized. Just over 34 percent of Colombians are living below the poverty line. Though Colombia is among one of the world’s emerging economies, more than three out of 10 Colombians still live in poor conditions. Colombia is also the world’s seventh most inequitable country.

One in five children in the country has no access to education and many orphaned youth live in poverty and have lost their parents to natural disasters, the HIV/AIDS epidemic and other diseases, war or domestic issues. Some children remain living with a single parent, struggling to survive, and are often pulled out of school to earn income for the remaining family. Other youth live in shelters or on the streets.