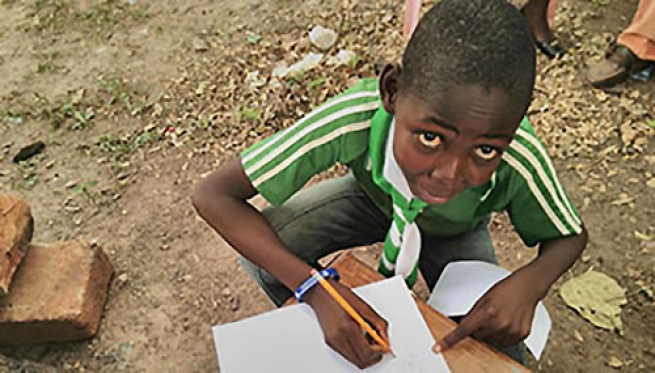 (MissionNewswire) There are close to 15,000 youth who are ready to participate in Scouting activities and become messengers of peace in the Central African Republic. In a country torn by conflict and marked by the use of child soldiers, these boys want to revive their Scouting activities and contribute to peace and reconciliation in the country.

For more than 100 years, through international meetings such as the World Scout Jamboree and weekly activities organized locally, Scouting has been a vehicle for lasting peace throughout the world. However, for the program to be effective, it needs trained staff. Having a national training center is a key element for the development of Scouting and its values in a given country.

The Don Bosco Foundation in France, in collaboration with the Association of French Scouts and Guides, has decided to support the commitment to help the country rebuild its national Scouting training center in Bangui, the capital and largest city of the Central African Republic.

In addition, the Don Bosco Foundation in France will provide human, logistical, technical and financial support to the Bangui Scouts as well as support fundraising efforts to further develop the center’s training classrooms and multi-purpose activity areas.

The reconstruction of the training center will provide clean water access for villages on the outskirts of the center. The project will primarily impact the young people of Bangui and its surrounding areas. By 2020-22, thanks to the rehabilitation of the center, Salesian missionaries expect to have a wider range of action and greater reach into other cities.

Bringing opportunities for peace in the country is important to Salesian missionaries in the Central African Republic. Amnesty International reports there are at least 2.4 million people who are dependent on humanitarian aid in the country and government control is limited to the capital city alone. Everywhere there are militias of all sorts that target civilians and humanitarian workers.

Since violence initially broke out in December 2012 between Séléka rebels and Christian anti-balaka militia groups, thousands have died and hundreds of thousands have been displaced. UNHCR, the UN refugee agency, has noted that at the end of December 2017, 688,700 people were displaced internally, 60 percent more than just a year earlier. Refugees in neighboring countries reached 542,380, up 12 percent in comparison to 2016. For a country whose population is estimated at around 4.6 million, these two figures combined represent an astonishing level of suffering and people in need.

Despite the ongoing violence, Salesian missionaries continue to work diligently for the young and poor in the Central African Republic. Educational and social development programs help youth regain a sense of normalcy while allowing them to move past the violence and focus on more productive activities.

A Salesian Center in Damala has an orphanage, youth center, professional center and high school. At a Salesian center in Galabadja, Salesian missionaries offer primary and secondary education along with a college and professional training program. A youth center and medical clinic are also available.