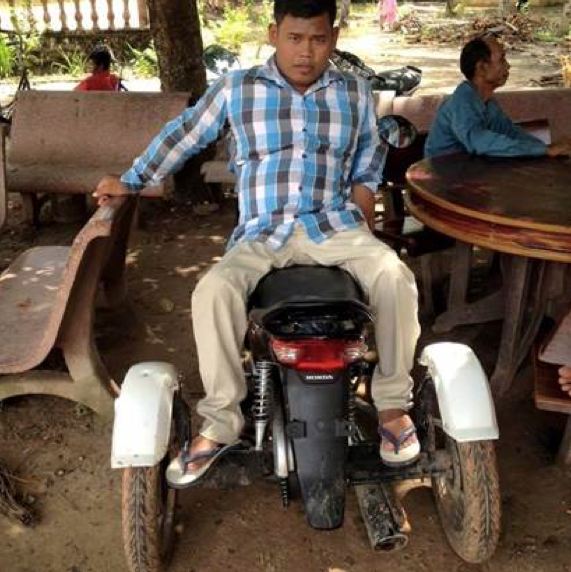 (MissionNewswire) Don Bosco Technical School Kep/Hatrans, located in southern Cambodia, has completed changes to the school’s buildings and dormitories to ensure they are accessible for students with physical disabilities. In January 2015, Don Bosco Tech was awarded a grant from the Office of American Schools and Hospitals Abroad at the U.S. Agency for International Development (USAID) to help facilitate this work. The school has also received funding to aid this construction from Don Bosco Bonn and the Sawasdee Foundation.

Don Bosco Kep, which has 250 students, 40 of whom live at the school, began welcoming students with disabilities in 2013. School administrators knew that the campus was not as accessible as it could be for the new students to access all of their classes. Often students would have to rely on their friends for assistance getting to classrooms on higher floors and into dormitory living, making them feel like a burden.

With the 2015 USAID funding, Don Bosco Kep made modifications to the school, including the installation of elevators in the main buildings, the construction of ramps to access areas for community gatherings and the creation of a student and teacher residence with all of the modifications that will allow those with physical disabilities to live and attend school independently. The funding also supported creating accessible bathrooms and the purchase of equipment to aid the learning environment for youth with disabilities.

“We appreciate the funding from USAID that has allowed Salesian missionaries to transform the Don Bosco Kep campus to welcome and giver greater access to students with physical disabilities,” says Fr. Mark Hyde, director of Salesian Missions. “The new construction modifications open up the campus allowing students to have better access from building to building and have a greater degree of self-sufficiency.”

For children with disabilities living in Cambodia, access to education is limited and the opportunity to break the cycle of poverty is almost nonexistent. UNICEF notes in its State of the World’s Children 2013: Children with Disabilities report that globally, close to 61 percent of boys finish school but for boys with disabilities that number drops to 51 percent. For girls, 53 percent finish school but among those living with a disability, only 42 percent finish their education.

Because students with disabilities are so marginalized in Cambodia, it is taking some time for families to learn about the modifications at the school and send their children to the newly accessible campus. The school currently has a few students with physical disabilities.

Vong Savong was born without legs. He grew in an orphanage in Siem Reap, although he is not an orphan. If he had stayed at home in his faraway village, there is a chance he would be a beggar today on the street. Instead, after conclusion of 12th grade, he joined Don Bosco Kep’s media communication department. He is now working in a TV station as audiovisual editor.

Park Anh suffered from polio when he was a child. He was unable to walk properly or sit down. A Belgian doctor in the area helped him so he could at least sit down and he was given specialized equipment to get around. He joined Don Bosco Kep and took IT classes. Recently, he was in Phnom Penh where he was awarded a scholarship to finish superior education at the university. Thanks to Salesian Missions, he was able to access a special motorbike that allows him a greater mobility.

A third student, Ourk Samean, lost his right arm when he was 12 after falling from a tree. After enduring a challenging time learning to use only his left arm, he finished studies his studies in IT at Don Bosco Kep. Today, he is working at Don Bosco Children Fund as a computer teacher.

Don Bosco Kep provides basic, secondary and technical education to poor youth living in the Cambodian provinces of Kep, Kampot, Takeo, Ratanakiri and Mondolkiri. The school’s educational and social development programs help students break the cycle of poverty and become contributing members of their communities. Salesian missionaries plan to continue to promote their accessible campus for other students who wish to access education in an environment that accommodates them.