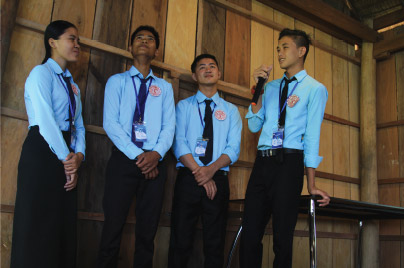 (MissionNewswire) Don Bosco Technical School (Don Bosco Kep) and Don Bosco Children Fund, both located in the Kep district within the Kep province of Cambodia, made some improvements in 2018 to benefit their student populations. The Don Bosco Kep campus offers a kindergarten, a Sun Children’s student residence and a technical school. Students attending the school are from local villages and are typically poor and marginalized in society. Some have physical disabilities and others are young women who are targets of exploitation. There are also young boys and girls who are vulnerable to human trafficking.

During the 2017-2018 school year, a construction project on the electrical department and educative multipurpose kiosk at Don Bosco Kep was completed and the school educated 300 students, aged 3 to 22 years old. The current academic year started in November 2018 with 170 new students who are taking classes in the electrical, media communication, secretarial science and information technology departments. In addition, 40 boys and 10 girls between the ages of 10 and 17 are participating in the Sun Children’s program.

The school and programs are run by paid staff with the assistance of volunteers, some of whom are from outside of Cambodia. These foreign volunteers have come to Don Bosco Kep either independently or with organizations like Kindermission, Trust Project and Senior Experten.

“It is very encouraging to see foreign volunteers trying to adapt to the challenges of the Cambodian culture, language barrier, meals barriers and many other unexpected elements,” says Father Albeiro Rodas, rector of Don Bosco Technical School and the Don Bosco Children Fund. “Most of them take it with courage, patience and love for our kids. I appreciate their contribution, commitment and understanding. I also very much appreciate our staff who continue to work for the betterment of our students. While many could take higher paying jobs, they are dedicated to working with poor youth and their families at our programs.”

Don Bosco Kep graduates close to 150 students each year. The primary goal is for students to obtain a stable long-term job after they graduate. In 2013, the school began welcoming students with disabilities. School administrators were concerned that the campus was not as accessible as it could be for the new students to be able to access all of their classes. Often disabled students would have to rely on friends for assistance in getting to classrooms on higher floors and into dormitories, making them feel like a burden.

With USAID funding in 2015, Don Bosco Kep made modifications to the school. They included the installation of a solar-powered elevator with a walkway between two buildings in order to reach four floors in the main building and the construction of ramps to access areas for community gatherings. The funding also allowed for the outfitting of three bathrooms with accessible facilities.