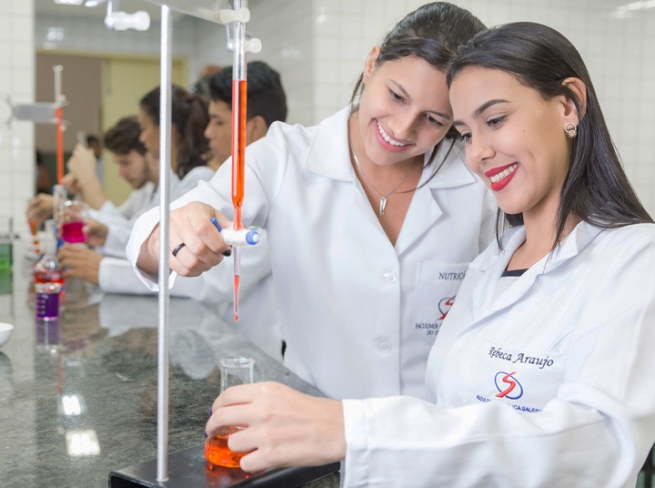 (MissionNewswire) According to results released by Brazil’s Ministry of Education, the Salesian-run Catholic University Center of Vitória was ranked as the best university center in the State of Espírito Santo and the eighth best in all of Brazil. The research that confirmed the ranking was conducted by Anísio Teixeira (Inep), the National Institute of Educational Studies and Research. Looking at published data on the National Exam of Student Performance for 2015, the University’s administration courses, accounting sciences and psychology programs received four points out of a total score of five.

The University Center belongs to the Saint John Bosco Province of Belo Horizonte. In the past two years, it has received four out of five points in all the courses evaluated. According to the rector of the University, Salesian Brother Cledson Rodrigues, the community has good reason to be proud of this result.

“This institution was founded 16 years ago as a Salesian Catholic Faculty in Espírito Santo. Last year, with great effort, we managed to turn it into Vitória Catholic University Center and are happy with the results of this evaluation,” says Brother Rodrigues. “It is the result of planning, huge investment in quality education based on the pedagogy of Don Bosco and, above all, a highly committed and qualified staff.”

The University offers projects and courses focused on the sciences for both master and doctorate level degrees. Students also benefit from agreements with large companies for hands-on experience, as well as interdisciplinary, innovation and entrepreneurship projects that round out the students’ classroom studies. The institution also follows the technological innovations and changes in education paradigms. It has been investing for a long time in software, tools, games and virtual learning environments. In this model, students become the center of learning and the teachers work with challenges and real situations.