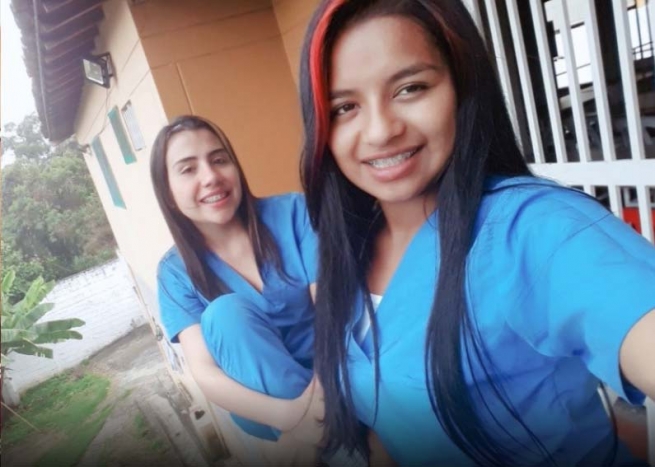 (MissionNewswire) Salesian Missions, the U.S. development arm of the Salesians of Don Bosco, joins humanitarian organizations and the international community in honoring World Day Against Child Labor. Every year since 2002, the day is celebrated on June 12 and brings attention to the global extent of child labor and the action and efforts needed to eliminate it.

The International Labor Organization sets a theme for World Day Against Child Labor corresponding to a current or future challenge. This year’s theme is “Protect children from child labor, now more than ever.” The organization noted that the COVID-19 crisis can push millions of vulnerable children into child labor, increasing beyond the 152 million children already used in the workforce, 72 million of which are in hazardous work.

Child labor is associated with lower educational attainment and later with jobs that fail to meet basic decent work criteria. Those who leave school early are less likely to secure stable jobs and are at greater risk of chronic unemployment and poverty. Many of those who leave school early, particularly between the ages of 15 and 17, are engaged in work that is hazardous and classified as the worst forms of child labor.

“Children who are compelled to work, even for a fraction of the day, are deprived of the education they need to learn valuable skills that lead to stable employment later in life,” said Father Gus Baek, director of Salesian Missions. “Unfortunately, in many situations, children are being forced to work around the clock with barely enough time to eat, let alone study, and their prospects in life are diminished.”

In honor of World Day Against Child Labor 2020, Salesian Missions is proud to highlight Salesian programs around the globe that help to eliminate child labor through quality education. 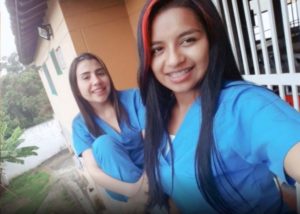 Don Bosco City, located in Medellín, Colombia, has been working with youth for 54 years and has saved more than 1,300 child soldiers from a life of violence. The long rehabilitation process at Don Bosco City focuses on three things youth need to learn—how to trust, to have hope for the future and to build relationships with others. Psychologists and teachers work together with youth, giving them the tools for a better future including basic education and more advanced skills training that will lead to stable employment.

Juan David recounts that at the age of 6 he collected garbage to support his two younger siblings in Medellín. Today, he is a student at the Latin American Autonomous University where he is enrolled in law courses. He credits Don Bosco City for the transformation in his life—from being forced into early child labor to being able to access an education. 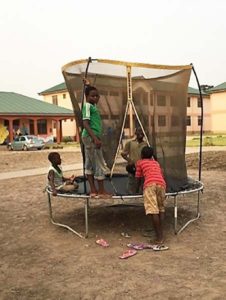 Salesian missionaries have two centers in the urban area of Accra, the capital and largest city of Ghana. One serves as a home for 51 children between the ages of 7 and 16 who have been victims of child trafficking. Some of the children are known as “wheelbarrow boys.” They come from extremely poor families with many children and work carrying diverse materials using carts and wheelbarrows. Other children come from the gold and diamond mines where they are utilized because they are small and move about easily.

Children face extensive hardships from being exploited in child labor to being sold by their relatives, often to pay off debt. In the Lake Volta region, it is estimated that there are approximately 21,000 children and teen laborers who have been prevented from attending school.

Concerned, Salesian missionaries launched the Child Protection Center. Children come to the center through referrals from other nonprofits and from the police, usually following a complaint. Offering shelter, counseling and education, the center helps children make the transition out of trafficking and into long-term recovery. Participants often arrive injured with low self-esteem and little hope for the future but become comfortable and settled into their new surroundings within a few weeks.

Academic classes are offered in the morning, after which students are able to participate in group activities with their peers such as theater, music, dance, sports and games. Through the program, participants learn life skills, gain confidence and prepare for a happy, healthy future. 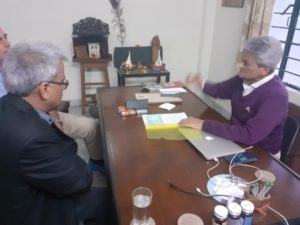 The Salesian College Sonada has entered into a new partnership with Rimpocha Tea, based in Siliguri, India. Entrepreneur and CEO of Rimpocha Tea Rajah Banerjee established and ratified the agreement with Father C.M. Paul, campus minister of the Salesian College Sonada, to provide vocational training for adolescent girls in the area who are at risk of exploitation and human trafficking.

Education and skills training help prevent girls from falling prey to human traffickers who lure them with false promises of quick money and a better future. The Salesian College was founded in 1938 and is located in the village of Gorabari. More than 95 percent of its student population comes from the hills of Darjeeling, a region known throughout the world for the quality of its tea leaves. In the Darjeeling District, there are currently 83 tea farms covering an area of about 19,000 hectares. These tea farms provide stable employment for more than 52,000 people.

Local organizations working to prevent trafficking estimate that more than 400 girls are trafficked every year from tea gardens, mostly from those gardens that have stopped functioning. Traffickers first look for their victims where hunger and poverty are higher rather than areas where businesses are stable, and there are more opportunities for higher education and healthcare facilities.