(MissionNewswire) Salesian missionaries in Caracas have two programs that specifically work to aid street youth in Venezuela’s capital city. Both Red de Casas Don Bosco and the Patio Abierto Don Bosco aim to improve the lives of street children by connecting them with shelter, meeting their basic needs, and educating them. For many, living on the street and trying to make a meager living to eat has become a way of life. Some want access to programing while others want to remain, but Salesian missionaries work to provide the services they can and meet youth where they are in life.

One youth says, “I’m not one who stays home. My place is the streets. I work there and that’s where I’m staying.”

There are many reasons why so many children and older youth in Caracas live this way, but the one main factor for most is the conditions of their family life. At home, many are faced with domestic violence, a lack of food and a lack of a supportive environment. Many youth have felt they might fare better on their own then they will at home. Others are simply escaping a bad family life however they can.

Leonardo Rodríguez, president of Red de Casas Don Bosco, notes that the problem lies  in the absence of public policies that guarantee the exercise of rights of minors. He also says that there are a number of volunteer organizations and volunteers who deliver food to these children, which has been increasing in recent months. Rodríguez notes that while a plate of food is certainly needed, what these youth really need goes far beyond this. He says that despite the food being a good act, it allows youth to become accustomed to having their needs met by others with no work or school involved. He says that further social integration is needed.

At the Patio Abierto Don Bosco Center, Alexander García, one of the center’s educators, says the work with children is broad-based. Youth are welcomed every day starting at 9:00 a.m. They can rest, play sports, shower, wash their clothes and watch television. They are also shown the path of social reintegration at school and at work.

The educators at Patio Abierto Don Bosco, and those of the similar Ámbar Association—which deals with socially vulnerable and/or sexually exploited girls—go out in the streets four times a week to invite the minors to their center. This is a first contact toward starting a journey that truly protects their rights and improves the quality of their lives.

Programs like this are critical at this time because Venezuela is experiencing the worst economic crisis in its history, with an inflation rate of more than 400 percent and a volatile exchange rate. The World Bank, as well as the latest data provided by the Venezuela Living Conditions Survey in 2016, found around 81 percent of Venezuelan households are now living in income poverty, up from 75.6 percent in 2015. This has led to political and social unrest in the country.

It’s been reported that both food and medicine in the country are also scarce. The oil price crash in 2014 and resulting policies by President Nicolas Maduro have led to mass shortages of food and other products. The International Monetary Fund (IMF) predicts inflation will reach 1,642 percent by the end of 2017. As many as 85 of every 100 medicines are missing in the country. Shortages are so extreme that patients sometimes take medicines ill-suited for their conditions.

VENEZUELA: Salesian missionaries asking for nutritional support and help for students and teachers in 11 Salesian schools 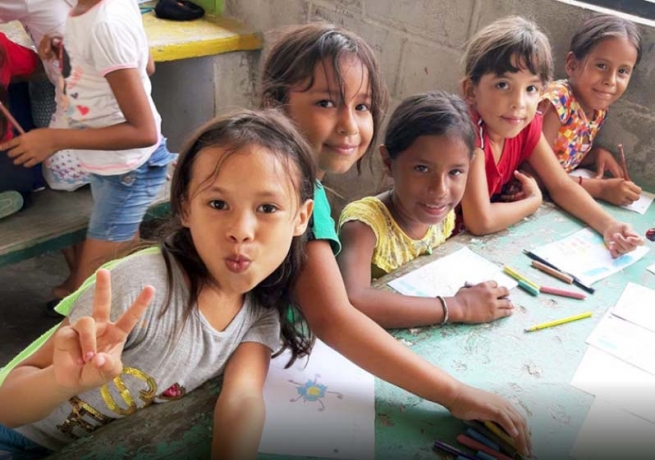