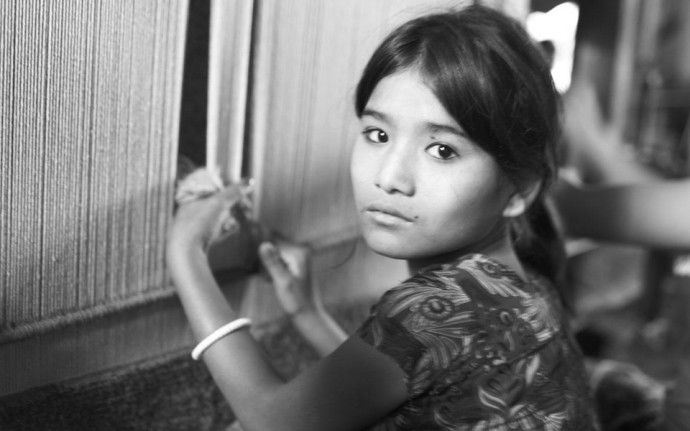 (USAID) Global social movements have proven we can end child labor. An ambitious social movement to eradicate child labor globally came together two decades ago – and has enjoyed unprecedented success. Civil-society organizations in over 100 countries on every continent launched a Global March Against Child Labor in 1998. The march crossed 103 countries and culminated in a conference at the International Labor Organization (ILO) in Geneva in June 1998 where activists called on governments, international organizations, companies and civil society to come together to end child labor.

The ILO launched the World Day Against Child Labor in 2002. Each year on June 12, the day brings together governments, employers’ and workers’ organizations, civil society and millions of people from around the world to highlight the plight of child laborers and what can be done to help them.

The movement is succeeding in its ambitious goals. In the late 1990s, the estimated number of children in various forms of child labor was nearly 250 million. Today, that figure has dropped to 168 million. The decline has particularly benefitted girls; total child labor among girls has fallen by 40 percent since 2000, compared to a drop of 25 percent for boys.

Child labor is defined as work that is hazardous to a child’s health, education, or physical or mental development. Too often, it traps children in a cycle of poverty. Too many children in the world still work instead of going to school. For example, an estimated 98 million children worldwide work in agriculture. Children harvest tobacco, cocoa, rubber and other global commodities. Children also work in dangerous industries like shipbreaking in Pakistan and Bangladesh, and in services such as construction and restaurant work. However, the U.S. Government has made a substantial contribution to ending this vicious cycle for tens of millions of children.

What have we learned about what works?

Social mobilization and awareness-raising: Like so many of the world’s ‘wicked’ problems, addressing child labor requires a concerted effort by multiple stakeholders acting together. Work to promote awareness of child labor among citizens and consumers in developed countries, and among families and communities in developing countries where children are at risk, has proven to be an important part of the solution. U.S. Government agencies, in particular the U.S. Department of Labor, have produced important reports documenting the issues thoroughly. Recognizing that raising public awareness also requires compelling photo and video documentation, in the mid-2000s USAID supported the creation of a photo and video repository, in particular to document conditions faced by girls. This material was ultimately turned into a film, Stolen Childhoods. The film documented not only the problem but examples of what interventions could help working children – such as a new USAID-supported schoolhouse in communities of coffee pickers in Kenya, creating opportunities for children who had been working on coffee farms to attend school for the first time.

Another very important part of the solution is mobilizing communities and empowering them to work at a grassroots level on practical solutions to address root causes of child labor. For example, through our Global Labor Program, USAID has helped workers in the rubber sector in Liberia to organize, mobilize and negotiate with their employer to end exploitative wage practices that compelled rubber tappers to bring their children to work. In the early 2000s, the problem of child labor on the world’s largest rubber plantation in Liberia came to light. Adult tappers were compelled to bring their entire families to work with them just to meet their daily quotas. Following the exposure of this problem, a transnational campaign emerged, linking civil-society organizations and trade unions in Liberia with consumer, labor and human rights groups in the United States. Through USAID’s Global Labor Program, the Solidarity Center was able to work directly with rubber workers in Liberia and assist them to organize, join unions and negotiate better wages and working conditions for themselves and their families. Today, thanks to the combination of effective awareness-raising, campaigning in the United States and the work of trade unions in Liberia to negotiate a collective bargaining agreement, there is a school on the rubber plantation where all children attend school while their parents, the adult workers, are paid a living wage.

Businesses are also an important part of the solution to the child labor problem. Awareness-raising campaigns have succeeded in flagging this as a business issue for many companies worldwide in many industries, and those companies and industries are working on innovative new approaches to ensuring their supply chains do not exploit workers. Goodweave is one of the best-known examples of a program effectively addressing child labor in a sector where it was endemic, the carpet-weaving sector in India. Goodweave is a certification system that works with retailers, rug importers and exporters, and looms to ensure that child labor is not used in carpet production. The program is active in the ‘carpet belt’ of India and Nepal, and recently extended into Afghanistan. The program provides educational transition programs and works with schools to ensure that children that are found working receive the assistance and support they need to go to school. By building awareness about the widespread use of child labor in the rug industry and creating an effective market-based solution, GoodWeave is ending child labor one rug at a time. Since 1995, 11 million child labor free carpets bearing the GoodWeave label have been sold worldwide, and the number of ‘carpet kids’ has dropped from 1 million to 250,000. GoodWeave’s work in Afghanistan is supported by the U.S. Department of Labor.

Finally, governments also have a very critical role to play in addressing child labor, through their role in establishing laws and policies to protect children, and equally important, their role in ensuring that all children have access to basic education. USAID’s Education Strategy is working to increase access to education for all children worldwide, and in particular for children in crisis and conflict environments. To achieve these goals, USAID is committed to working closely with host country governments and civil society to contribute to shared goals. For example, we are supporting a multi-million dollar initiative in Haiti, Room to Learn, that is working to provide universal, compulsory access to education in Haiti. USAID works closely with the Government of Haiti to build up the education system and provide safe, equitable education to children. USAID and the Government of Haiti are planning to work together to offer schooling to working children. Last March, USAID Assistant Administrator Eric Postel visited Haiti to set priorities for the design of the program. Postel visited an evening school for working children with former Minister of Education Vanneur Pierre. A study commissioned by the USAID/Haiti’s education office estimated more than 24,000 children work as domestic servants. Most of them are teenage girls whose education level is low. The Room to Learn project will work with the Haitian Ministry to offer improved services for these girls.

This year’s theme for World Day is Social Protection: Keeping Children Out of Work. This theme builds on last year’s World Report on Child Labor [PDF]. As we learn more and more about the root causes of child labor, we also are moving further back toward addressing those causes and preventing child labor from taking place at all. We now know that poverty and shocks play a significant role in driving children into work, and also in driving adults into forced and trafficked labor. Development assistance will have a very significant role to play in addressing these issues. With more support for social protection programs that have been proven to play an effective role in helping poor families cope with various types of shocks, we can keep even more children in school and continue to ensure children receive other basic protections.

Support for the World Day grows every year and today we look forward to even wider support from governments, employers’ and workers’ organizations, NGOs and civil society, international and regional organizations and active citizens worldwide. You can add your voice to the millions worldwide that will celebrate our continued progress toward ending child labor.