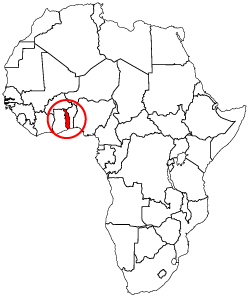 (MissionNewswire) A new juvenile justice center for children opened at the Salesian Immaculate Shelter in Kara, Togo, in October 2019. The center is the result of the collaboration between UNICEF, the Togolese state, and the Salesian community of Kara. The aim is to provide support to minors in trouble with the law, and it supports new Togolese regulations on juvenile justice.

The center’s official inauguration took place on Oct. 8 in the presence of various administrative and religious authorities. After the presentation of various guests, the moderator of the day presented the program to 40 participants.

In his welcome speech, the prefect of the City of Kara, Colonel Balai, praised the inauguration of the new center and thanked the Salesian community and UNICEF for their continuing efforts to provide education and rehabilitation to children in conflict with the law. The rector of the Salesian community of Kara expressed his gratitude to UNICEF and to the Togolese state and promised that the community will offer the utmost care to this project.

As explained during the inauguration, the center will provide judicial protection to child victims, witnesses or alleged perpetrators of crimes, including through civil and administrative proceedings. Those responsible for juvenile justice have strengthened structures to ensure better implementation of the Code of Minors in accordance with international guidelines and standards on juvenile justice.

“Salesian missionaries play a vital role in their communities helping to provide support and assistance to at-risk youth and those in trouble with the law,” said Father Gus Baek, director of Salesian Missions, the U.S. development arm of the Salesians of Don Bosco. “This new center goes a step further and allows Salesians to give direct support to minors while ensuring that their rights in the juvenile justice system are upheld in Togo.”

More than 80 percent of Togo’s rural population lives in conditions of poverty making the country one of the world’s poorest, according to UNICEF. Children in the country suffer the most, with close to 50 percent of those living in poverty under the age of 18. One in eight children will not reach their fifth birthday and the number of children who drop out of school because their parents cannot afford to educate them is high. Children are also often forced to work in exploitative and dangerous conditions to help support their families.