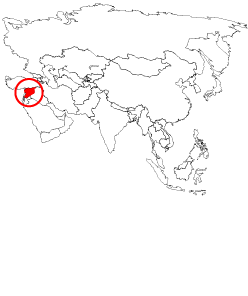 (MissionNewswire) Salesian missionaries in Damascus, Syria, are working to help vulnerable populations as much as they can during the lockdown from the coronavirus pandemic. Since the first confirmed case of COVID-19 in Syria was announced on March 22, major military operations in the country have stopped, local clashes have mostly ceased, and large-scale population movements, including returns and transfers, have halted. Syria’s economic deterioration has continued.

Lockdown restrictions have brought vulnerable Syrian households closer to the brink of financial ruin. Tens of thousands of jobs have been eliminated. Meanwhile, the foreign support that sustained many Syrian households is drying up. Alongside significant wage loss, currency devaluation, rising unemployment, and a permissive environment for cross-border smuggling, these conditions are likely to amplify needs and place Syrian households under greater economic stress, especially as costs of goods continue to outstrip purchasing power.

Salesian missionaries operate three centers in Kafroun and the particularly high conflict areas of Aleppo and Damascus. Salesian centers continue to meet the needs of their communities through the distribution of food, economic aid and scholarships to help young people continue with their schooling, but there have been some interruptions as a result of the pandemic and lockdown. Salesians hope to resume this work as soon as they can.

Johnny Azar, from the Salesian Oratory in Aleppo, is 28 years old, loves theater and dance, and has always dreamed of having an art space of his own. He applied for and won a Don Bosco of Syria project grant to support youth entrepreneurship. He had already identified the right space to cultivate his dream and developed the initiative’s marketing plan, but then COVID-19 arrived.

Azar said, “The financing of the project by the Salesians was the light at the end of the tunnel for me, and I followed it with passion. Unfortunately, we had to pause everything for two months and wait until the situation improves.”

With the help of some friends, Azar has started some small jobs such as repainting the premises. But considering that his dream is focused on putting on shows for the public, Azar knows that the restart is not around the corner.