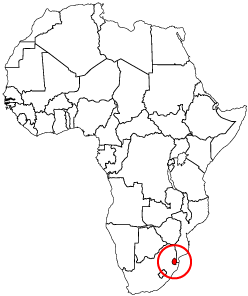 (MissionNewswire) Close to 800 youth taking part in Salesian-run Manzini Youth Care programs, located in the city of Manzini in Swaziland, have better nutrition thanks to an ongoing partnership between Salesian Missions, the U.S. development arm of the Salesians of Don Bosco, and Rise Against Hunger, an international relief organization that provides food and life-saving aid to the world’s most vulnerable.

In the third quarter of 2019, rice-meals were provided to a Salesian vocational training center, primary schools, two orphanages, and two child development and youth programs in community around the city of Manzini. The Salesian primary schools report that there was a 40 percent increase in attendance since the schools started serving the rice-meals. The meals helped ensure all those taking part in Salesian programs had the proper nutrition to help their health and also enabled them to have the energy to fully take part in programs.

Manzini Youth Care was established in the 1970s and provides services to marginalized youth including free primary school for children who have dropped out of school due to poverty, two vocational training centers for older youth, residential care for former street children and a drop-in school for street children when they first come in off the streets. Manzini Youth Care also serves the communities surrounding the city of Manzini to help residents improve their living standards, sanitation and food security.

“The rice-meal donation has been a critical part of helping students have the proper nutrition they need to focus in school,” said Father Gus Baek, director of Salesian Missions. “Prepared students are more likely to learn valuable skills that will help them gain employment and break the cycle of poverty in their lives while enabling them to give back to their communities.”

The people of Swaziland face immense challenges including poverty, chronic food insecurity, HIV/AIDS and a climate that is often unpredictable. According to the World Bank, an estimated 63 percent of the population lives below the poverty line, and about 29 percent lives below the extreme poverty line. The HIV/AIDS prevalence of 31 percent of the population is among the highest in the world and life expectancy has fallen to approximately 49 years.

Salesian missionaries work to meet the most basic needs while providing education to youth in need. With education, youth can find and retain employment and in turn give back to their families and communities.

Photo courtesy of Rise Against Hunger