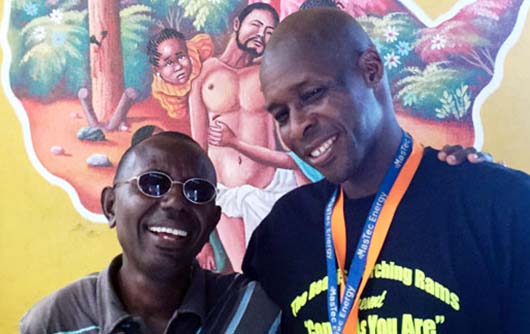 (MissionNewswire) In 2014, Don Bosco Fambul, a leading educational and vocational organization that serves disadvantaged youth in Freetown, Sierra Leone, in collaboration with Catholic Caritas and Sierra Leone Prisons Service, launched the Legal Support Project with the intention of helping the most disadvantaged inmates incarcerated at Pademba Road Prison in Freetown. The project provides legal representation for poor inmates who would otherwise be unable to access legal services to ensure their rights are upheld. As a result of this project, one young prisoner held for nearly six years without a conviction, has been released.

The prisoner, Musa Brima, was accused of fraud he did not commit. He saw a judge only once at the start of his imprisonment to declare he was not guilty and then was largely forgotten by the system until identified by Salesian missionaries. When his case was brought back to court, the judge told him he was free and could go home.

“I remember well my time in prison because when you live through a sad reality you count every day hoping this terrible nightmare will end,” says Brima. “It was wonderful to be able to go home free and unhindered, after all this time, and hug my wife and my three children.”

Many of the prisoners who will be assisted through the project do not have family outside the prison to ensure that the court and prison system acts in a fair and balanced way. Don Bosco Fambul hopes the project will free up to 100 inmates who have been held for more than three years without a conviction.

“We obtain the information for which prisoners are eligible for the legal support from personal interviews with the detainees, and we check the prison register to verify their requests and their claim that they had been in prison for more than three years,” says Brother Lothar, director of Don Bosco Fambul.

Prison life in Sierra Leone offers very little hope for rehabilitation or reintegration back into society once a prison term has ended. According to humanitarian watch groups, prisons in Sierra Leone face overcrowding and inadequate food as well as lack vital sanitation and health care. Inmates die from overcrowding, illness and violence.

All too often, minors are detained for petty crimes and end up falling prey to prison violence, giving them little hope for the future upon their release. The population of the country’s largest detention facility, Pademba Road Prison in Freetown, was designed for 324 detainees but had over 1,300 inmates at the time of the report with the number continuing to grow.

In addition to providing legal support, Don Bosco Fambul provides education and counseling services to reach youth inside the prison. A long-term partnership between the prison and Don Bosco Fambul was established to allow the opening of a youth counseling center for the prisoners that is staffed four hours each day with two social workers and three assistants. The goal of the center is to give youth and their families the necessary tools for rehabilitation and reintegration upon release.