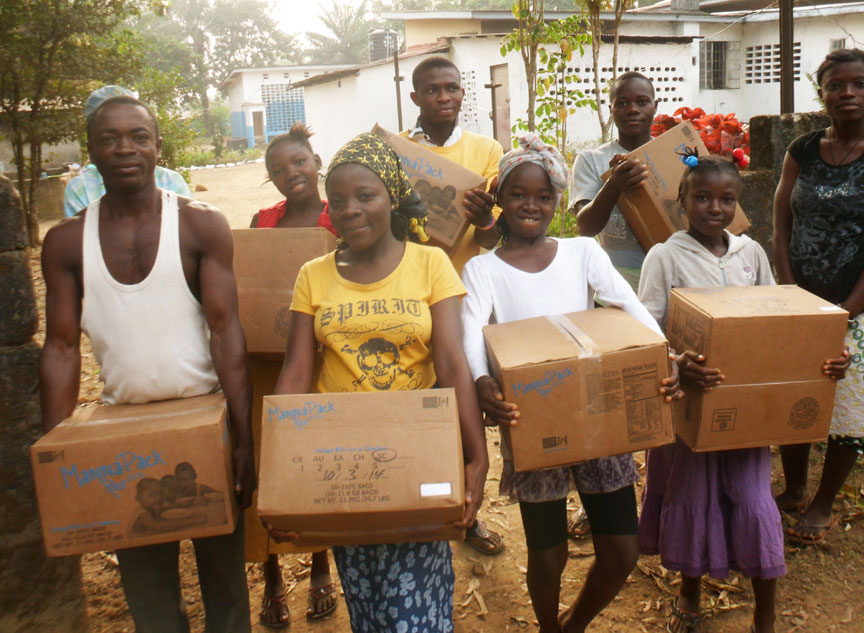 (MissionNewswire) The number of new Ebola cases in Sierra Leone, along with both Liberia and Guinea, is in decline, according to the World Health Organization (WHO). Since the outbreak started, WHO has reported more than 10,300 confirmed Ebola cases and 3,145 deaths from the deadly virus in Sierra Leone. Across the three West African countries, more than 800 health care personnel have been infected with Ebola and nearly 500 have died since the epidemic began. The WHO has noted that this will have devastating implications for the long-term health of these countries.

Salesian missionaries report close to 530 children who have lost both of their parents to Ebola and another 153 who have lost either their father or mother to the virus across the three affected West African countries. Salesian missionaries living and working in Sierra Leone have been responding with preventative education, food aid, medical supplies and other assistance since the outbreak began.

The Salesian-run Don Bosco Fambul in Sierra Leone’s capital city, Freetown, is one of the country’s leading child-welfare organizations and has been on the forefront of efforts to help prevent Ebola in local communities and provide care for children left orphaned. Promoting the welfare of children is a top priority for staff at Don Bosco Fambul as they work to tackle issues affecting street children, in particular educating them on Ebola prevention. Social workers from the organization have been meeting with homeless children on the streets of Freetown in the evenings while other staff offer group counseling, mediation and family tracing services in an effort to return children to their relatives. Following the outbreak of the disease, Don Bosco Fambul provided much-needed items for children affected, including those living in quarantined homes.

“This is a very scary and traumatic time for these children,” says Father Mark Hyde, executive director of Salesian Missions, the U.S. development arm of the Salesians of Don Bosco. “Overcoming this deadly disease only to find they have lost parents, siblings and other relatives is devastating for them. In the coming weeks and months, Salesian missionaries will be working to ensure proper shelter and care is provided to children now orphaned as a result of the Ebola outbreak.”

Recently, fortified rice-meals have been donated to Don Bosco Fambul to help feed orphans of the Ebola epidemic thanks to an ongoing partnership between Salesian Missions and Feed My Starving Children, a non-profit Christian organization committed to, “feeding God’s children hungry in body and spirit.”

Starvation is a concern in the affected countries. According to reports from Salesian aid workers in the field, as a result of the Ebola epidemic, many of the local markets have been shuttered and many farmers have died. Children who could previously count on at least one meal a day at Salesian schools are left hungry because the government ordered schools to be closed for the last several months in an attempt to contain the outbreak.

The most recent shipment of emergency food aid has allowed Salesian missionaries to provide meals for more than 150 poor youth three times a week. Many of the children relying on the food aid have few options to turn to for meals and are very hungry. Without proper nutrition children are more susceptible to getting sick and at a faster rate.

With the decrease in Ebola infections (Sierra Leone currently has 117 cases), schools in the country are expected to reopen in March. Government officials report that much still needs to be done to disinfect the schools and provide training and resources to teachers. Teachers will be trained to use thermometers to take the temperatures of students and other staff members and chlorinated water buckets will be made available in all schools. 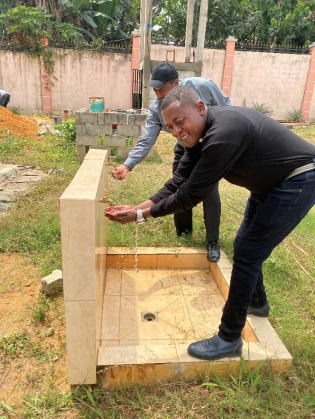 GUINEA: Sacred Heart Parish in the Diocese of Ebebiyín has clean, safe water thanks to Salesian Missions ‘Clean Water Initiative’