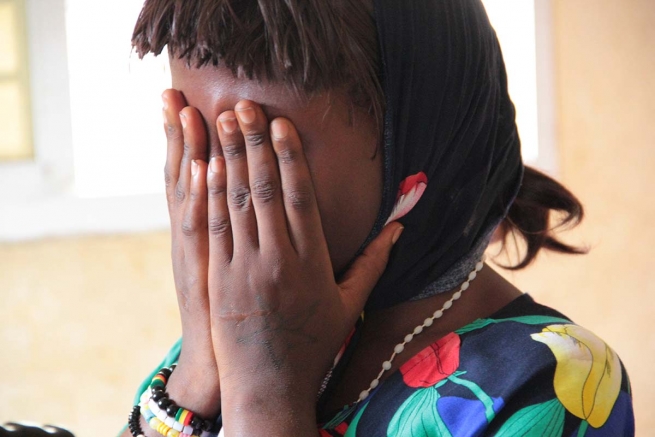 (MissionNewswire) Don Bosco Fambul, one of Sierra Leone’s leading child-welfare organizations located in Freetown, has been helping young women caught up in prostitution come in off the streets. Father Jorge Crisafulli began this work as part of Don Bosco Fambul’s Girls Shelter in September 2016, when he launched the program aimed at searching for girls in their workplaces where they are surrounded by alcohol and drugs and at risk of danger and exploitation. The goal is to offer them shelter, health, nutrition, education, and wherever possible, reintegrate them into their families.

Aminata was the first girl that Fr. Crisafulli met when he started the program but she has yet to fully engage and come in off the streets. But Fr. Crisafulli hasn’t given up. He still invites Aminata to attend programs, access shelter when she needs it and receive a hot meal. Many girls have come and gone from the program with much success. Augusta worked as a prostitute to be able to have enough food to eat, but because of Don Bosco Fambul, she now has her own catering business and strives to help other girls make better choices like she did.

Aminata, whose grandmother and mother were both prostitutes, is grateful for the work of Don Bosco Fambul but finds it challenging to give up the life and freedom of the streets. She knows how dangerous it is and how little money she makes, earning only two euro with each encounter. Aminata also knows she is at risk of gangs and violence, including the Chinese mafia who has lured girls on their boats. She speaks all too naturally of how police officers sweep girls off the streets, keep them in the police station and ask to have sex in order to be freed. Yet, Aminata continues to go back to the streets because she cannot convince herself that there may be a better life. In the group that started at Don Bosco Fambul together, she is the only one to resist abandoning prostitution and start a new life.

“It’s a challenge for us to get her to leave the street. I think we are closer to that goal each time. It challenges her to assimilate into the program’s rules and timetables because she has grown up in the freedom of the streets,” explains Fr. Crisafulli.

Those who would like to learn more or give to causes like this should go to SalesianMissions.org.