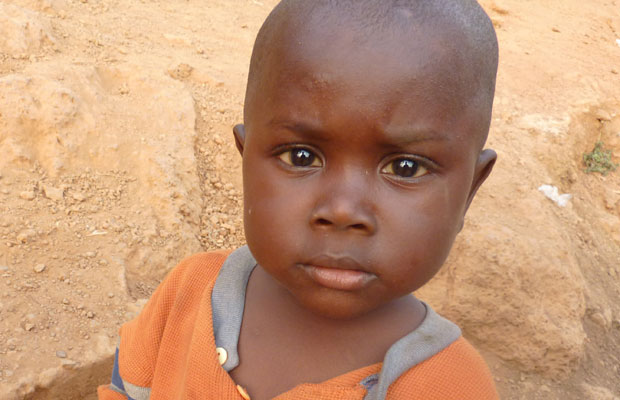 (MissionNewswire) The numbers are staggering and rising each day with at least 8,400 people in West Africa infected with Ebola and more than 4,400 who have died, according to the World Health Organization (WHO). The WHO notes that these figures underestimate the true scope of the outbreak, as overwhelmed responders fall behind in their ability to report cases. Health care workers also are affected with 232 of 401 health workers dying after being stricken by Ebola in West Africa. In Sierra Leone, one of the most affected countries, there have been 2,789 reported cases and 879 confirmed deaths to date.

Salesian missionaries already living and working in affected West African regions, including Sierra Leone, are working with local communities providing food aid and education about Ebola while disseminating protective clothing including long-sleeve shirts and cleaning and disinfecting agents such as chlorine. Salesians are also working to care for the children who have been affected by the outbreak, many who have lost their parents and must be placed with other relatives.

On Oct. 6, Don Bosco Fambul, in collaboration with Alhaji Moijue Kaikai, Sierra Leone’s Minister of Social Welfare, Gender and Children’s Affairs, held a special ceremony to reunite 12 surviving children once held at a patient care facility called the Hasting Holding Center, back with their relatives and extended family members. It was an emotional occasion with many of the children having lost one or both of their parents as well as siblings and other relatives to the Ebola outbreak.

“This is a very scary and traumatic time for these children,” says Father Mark Hyde, executive director of Salesian Missions, the U.S. development arm of the Salesians of Don Bosco. “Overcoming this deadly disease only to find they have lost parents, siblings and other relatives is devastating for them.”

One of the surviving children, a 13 year old named Martha Mansaray, said she has lost her parents and brothers as well as other relatives. She explained that her entire residence at Kamajor Bush at Waterloo was infected with the Ebola disease and many people including her parents and brothers lost their lives. She requested Don Bosco Fambul take her to visit her remaining relatives but preferred to remain under the care of the Ministry of Social Welfare, Gender and Children’s Affairs and Don Bosco Fambul.

Another child, 6 year old Bintu Turay, was infected with Ebola from her late father at Josiah Drive in Freetown, according to an uncle who was reunited with her. Her uncle explained that the girl’s mother was alive but presently at a quarantined home.

The 12 children were among 49 others who survived the deadly Ebola disease at the Hastings Holding Center. Three of the 12 surviving children were immediately reunited with their relatives at the Hastings Center and the remaining nine were brought to Don Bosco Fambul under the supervision of the Ministry of Social Welfare.

Don Bosco Fambul is working to provide proper reunification for the children. Brother Lothar Wangler, director of Don Bosco Fambul, said the Salesians were asked by the Minister of Social Welfare to collect the surviving children from the Hastings Holding Center in order to avoid any possibility of child trafficking or harm to the children.

“There is a concern that Ebola could create more child trafficking, which happened during the civil war here,” says Bro. Wangler in a recent Aljazeera article about the stigma faced by Ebola’s youngest victims. “Children lost parents and ended up with strangers, and they were misused, went to the street and eventually came to Don Bosco. I have a fear this will continue for the next couple of years. We have to act now to prevent having those children again on the street.”

The West and Central African regional director for UNICEF, Manuel Fontaine, recently estimated the number of children orphaned by Ebola as of Sept. 30 to be at least 3,700. As of Oct, 10, according to Sierra Leone’s Ministry of Health and Sanitation there were approximately 1,450 children orphaned by Ebola in the country and the number is expected to keep rising along with the disease’s death toll. The ministry has set up 14 interim care centers across the country.

Bro. Wangler noted that Don Bosco Fambul, in collaboration with the Ministry of Social Welfare, will be providing specialized care for children who are traumatized or have lost their parents in addition to creating special homes for children who have been affected by the Ebola outbreak in the country.

“Salesians working in these communities see the devastating effects of Ebola first-hand,” adds Fr. Hyde. “In the coming weeks and months Salesians will be working to ensure proper shelter and care is provided to children now orphaned as a result of the Ebola outbreak.”

Aljazeera – ‘I feel I have no future’: Thousands orphaned by Ebola face stigma