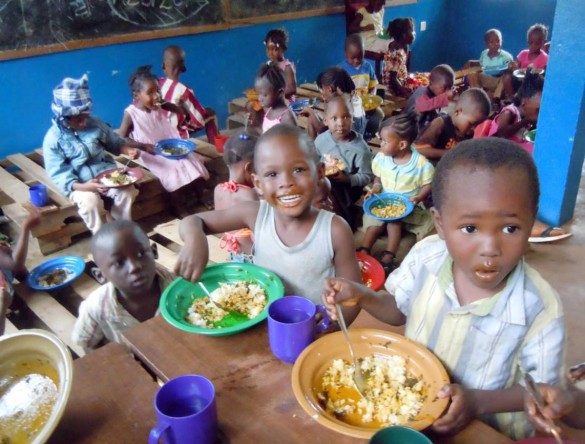 (MissionNewswire)  Salesian Missions has partnered with Stop Hunger Now, enabling the delivery of lifesaving food and other critical aid to Salesian programs in more than 10 countries this year alone. Stop Hunger Now is an international relief organization that provides food and life‐saving aid to the world’s most vulnerable. As part of an ongoing partnership, the organizations have been working together for the last three years providing for poor youth and their families in countries around the globe. More shipments of this crucial aid are slated for the latter half of the year.

Shipments are already on the ground in Haiti, Guatemala, Madagascar, Philippines, Sierra Leone and Zambia. Salesian-run orphanages and youth centers are able to utilize the aid for the homeless children and at-risk youth they serve. From primary and secondary schools to vocational and technical training centers, students are able to get more out of the educational opportunities the Salesians provide, knowing they will not go hungry.

Stop Hunger Now operates meal packaging locations in 17 cities throughout the U.S. and in international locations in South Africa and Malaysia. Later this year, the organization plans to initiate the meal packaging program in new locations including Houston, Dallas/Fort Worth and Bologna, Italy.

Stop Hunger Now’s goals are to provide food and life-saving aid to support sustainable education and development programs and to create a movement of educated volunteer advocates that are actively involved in poverty and hunger related issues.

“Salesian Missions is a good match for our mission to end hunger in our lifetime by providing food and life-saving aid while creating a global commitment to mobilize the necessary resources,” says Chessney Barrick, director of marketing and communications at Stop Hunger Now.

Because of the partnership and its resulting shipments, Salesians in the Philippines were able to help feed 3,155 poor youth and their families with the 660 boxes of fortified rice-soy meals they received. The shipment also included shampoo and eyeglasses, helping close to 700 people in need. Twenty-eight Salesian organizations throughout the Philippines were supported through the shipment which was coordinated by Salesian Missions, the U.S. development arm of the Salesians of Don Bosco.

The fortified rice-soy meals not only feed hungry children, they give them the energy to participate fully in educational programs and activities.

“Feeding hungry children is often the first step in providing an education,” says Father Mark Hyde, executive director of Salesian Missions. “When children have their most basic needs met, they are then able to concentrate on their studies and further their education.”

For Keisha Mae, a wood and furniture technology trainee in the Philippines, the fortified meals make a significant difference to the quality of her educational experience.

“I often go to school with an empty stomach as there is no food available in the house. During snack time some of my classmates share whatever they have,” explains Keisha Mae, “But since this Rice-Soy Casserole was donated, the training center served it to the trainees during snack time. Its vegetable ingredients make it look so nutritious and satisfy our starving stomachs.”

For parents of those enrolled in programs run by the Salesians of Don Bosco in Freetown, Sierra Leone, this critical food aid gives them peace of mind knowing that despite living in poverty, they are able to give a nutritious meal to their children. Many parents allow their children to attend school simply because they know they will be fed there. Offering just one plate of food, Salesian staff managed to persuade one mother living in poverty to allow her young son to attend activities at the informal school in the youth center and enter the first level of pre-school. Nineteen pallets of rice meals were delivered to programs in Sierra Leone, benefitting close to 1,200 youth.

In another shipment, the City of Hope in Zambia was able to provide for 4,320 people ranging from infants to the elderly. The Salesian center there includes an orphanage and vocational training programs as well as a primary and secondary school. The meals provided by Stop Hunger Now allow the organization to divert money previously used on food to other critical program needs. Money saved was also used to increase the size of the programs provided and number of students admitted.

The Salesian Sisters who run the City of Hope reported that the children receiving the meals are much healthier and have less headaches and hunger pains. In addition, they are better able to focus on their school work and their grades are improving.

“Stop Hunger Now is one of our favorite partners to work with because they are very flexible. They actively seek out opportunities to enhance shipments with additional donated items that the beneficiaries need, and they go the extra mile to help Salesian Missions meet any additional emergency requests for food that we receive,” explains Jessica O’Connor, property and logistics officer at the Salesian Missions Office for International Programs.

With programs in more than 130 countries around the globe, Salesian Missions has one of the largest networks that Stop Hunger Now works with. They also have extensive knowledge and experience when it comes to aid shipments. The Salesians are an integral part of the existing infrastructure in many countries and Salesian Missions plays an important role in making sure aid from the United States reaches its destination country and gets into the hands of those who need it most.

“The partnership with Stop Hunger Now allows Salesian Missions to expand its scope of services to youth in need,” adds O’Connor. “The shipment of packaged meals helps us to improve the nutrition of orphans and other vulnerable children. Operating feeding programs for youth in Salesian schools whose families cannot afford to feed them is very important and integral to the success of our students and their ability to gain an education.”

This year, Stop Hunger Now is celebrating its 15th anniversary in its ongoing work to create a movement to end hunger. More than 100,000,000 meals have been packaged and distributed with other life-saving aid to 65 countries, impacting millions of lives. The organization is driven by a vision of a world without hunger and a mission to end hunger in our lifetime by providing food and life-saving aid to the world’s most vulnerable and by creating a global commitment to mobilize the necessary resources.

In its efforts to respond to emergency needs around the world Stop Hunger Now receives and distributes significant donations of in-kind aid. These donations are large quantities of food, medicines, medical supplies and other such items as may be of use in fighting hunger and providing relief in a crisis. For more information visit www.stophungernow.org.

Salesian Missions is headquartered in New Rochelle, NY, and is part of the Don Bosco Network—a worldwide federation of Salesian NGOs. The mission of the U.S.-based nonprofit Catholic organization is to raise funds for international programs that serve youth and families in poor communities around the globe. The Salesian missionaries are made up of priests, brothers and sisters, as well as laypeople—all dedicated to caring for poor children throughout the world in more than 130 countries and helping young people become self-sufficient by learning a trade that will help them gain employment. To date, more than 3 million youth have received services funded by Salesian Missions. These services and programs are provided to children regardless of race or religion. For more information, go to SalesianMissions.org. 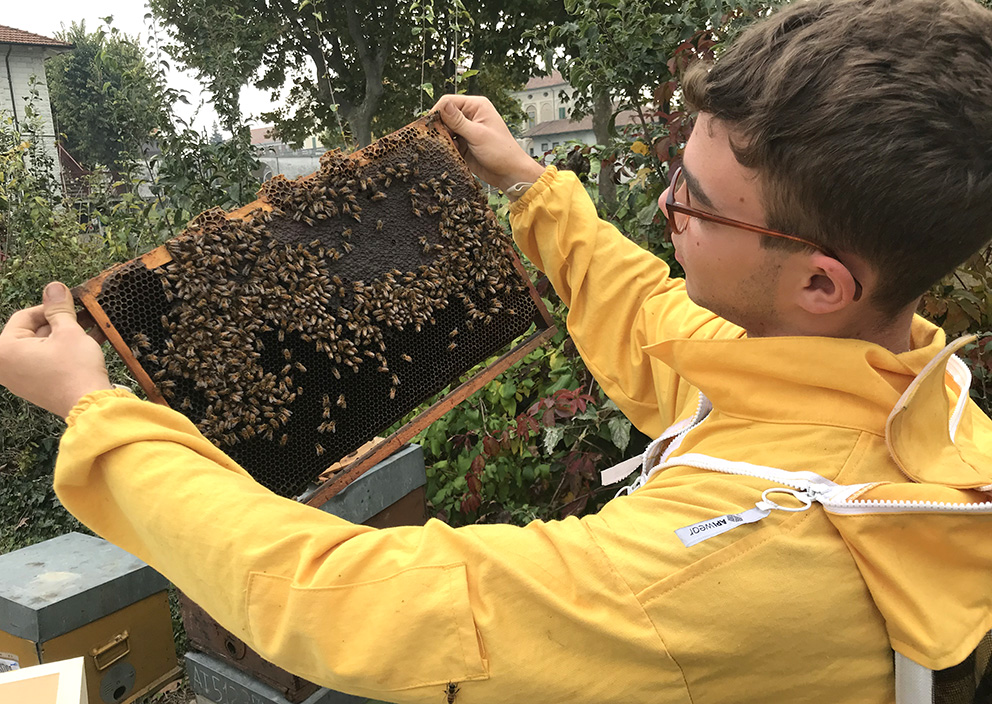