(MissionNewswire) Since 1988, Dec. 1 has marked World AIDS Day—held to honor AIDS victims and focus on prevention and treatment issues surrounding HIV (human immunodeficiency virus) and AIDS (acquired immune deficiency syndrome).  Salesian Missions is one recipient of the PEPFAR program funding having provided programming to 375,000 people living in regions most impacted by the devastating effects of HIV/AIDS.

This year’s theme Getting to Zero focuses on the Millennium Development Goal to halt and begin to reverse the HIV/AIDS epidemic by 2015. A new Joint United Nations Program on HIV/AIDS (UNAIDS) report shows that unprecedented acceleration in the AIDS response is producing results for people. The report notes that there has been more than a 50 percent decrease in new HIV infections across 25 countries.

Women and children are the primary focus of this year’s Worlds AIDS Day. According to UNICEF, AIDS remains a leading cause of death among women of reproductive age globally and the main cause of child mortality in countries with high HIV prevalence. The good news is, according to the UNAIDS report, the area where the most progress is being made is in reducing new HIV infections in children. Half of the global reductions in new HIV infections in the last two years have been among newborn children.

The UNAIDS report also shows that antiretroviral therapy has emerged as a powerful force for saving lives. In the last 24 months, the number of people accessing treatment has increased by 63 percent globally. The report further noted that ending the pandemic was now “entirely feasible” and achieving an AIDS-free generation is possible.

“We must make information, testing and treatment available to all, so every man, woman and child can enjoy their fundamental right to the medical care and essential services that will end this devastating epidemic,” said Ban Ki-moon, United Nations Secretary-General in a statement observing World AIDS Day.

The U.S. President’s Emergency Plan for AIDS Relief (PEPFAR) program, launched by former President George W. Bush in 2003, has been a catalyst for advancing HIV treatment, particularly in Africa.

To mark World AIDS Day, the Salesian Missions Office of International Programs is highlighting some of the successful PEPFAR programs:

Ethiopia is home to more than four million orphans, or 12 percent of all children.  More than half a million of these were orphaned as a result of AIDS, according to UNICEF. The Salesian Missions “CARING Orphans and Vulnerable Children” project helps to reduce the impact of HIV/AIDS in Ethiopia. The program increases access to youth orphaned or made vulnerable by HIV/AIDS, and provides holistic care, community reintegration, and support for 60,000 orphans, street youth and children who have been made vulnerable due to HIV/AIDS. To date, more than 13,000 orphans and vulnerable children have received services ranging from shelter and care, formal education, non-formal education and economic empowerment activities.

In Kenya, peer education is an effective tool for reaching youth with key disease prevention messages. The Salesian Missions “Life Choices” program in Kenya focuses on abstinence and faithfulness. Gender is also an important component, and programs include a focus on sexual violence. The program extends to youth centers, schools, orphans and vulnerable children centers and in community/social outreach programs. More than 40,000 youth have learned about HIV/AIDS prevention through the program.

South Africa is the country hardest hit by HIV/AIDS worldwide, according to UNICEF. The “Life Choices” program here is based in schools from grades 4-12. An important component is voluntary counseling and testing as an effective method of preventing new infections. In addition, the program offers one-on-one mentoring, career and guidance counseling, parental skills workshops and teacher sensitivity.

In Tanzania, the HIV/AIDS prevalence rate is nearly nine percent. The virus has orphaned nearly a million children and forced others to assume household responsibilities beyond their years, according to UNICEF. To help prevent the spread of HIV/AIDS, students in 79 schools across Tanzania take part in the “Life Choices” program, as part of the U.S. PEPFAR program through the United States Agency for International Development (USAID). Of the 79 schools, 47 are primary, 23 are secondary and 9 are vocational training centers.

UNICEF – In Zimbabwe, village health workers play an essential role in the primary healthcare system and the fight against HIV/AIDS 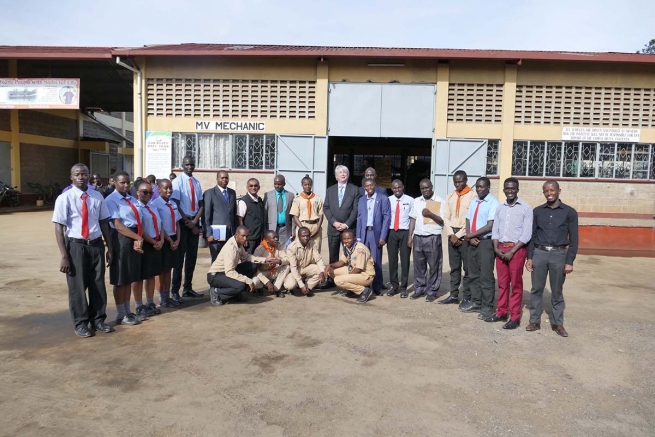