REPUBLIC OF THE CONGO: Salesian missionaries distribute relief supplies and prevention materials to those impacted by the coronavirus pandemic 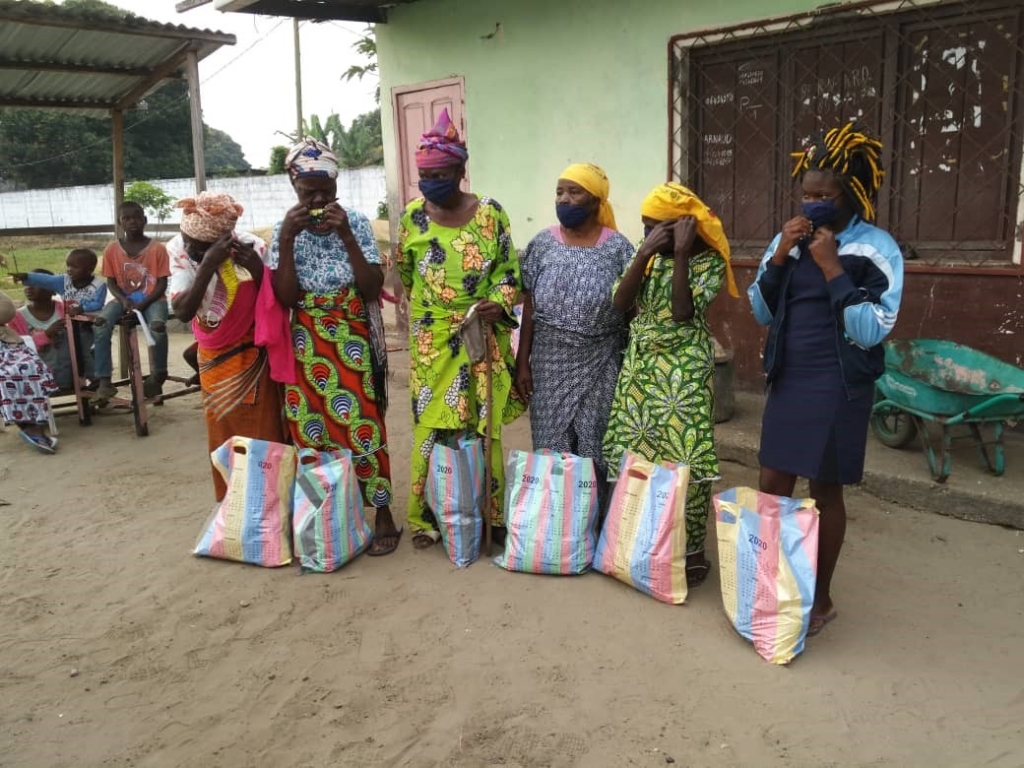 (MissionNewswire) Salesian missionaries in Pointe Noire, Republic of the Congo, have been providing relief supplies to those impacted by the coronavirus pandemic. Missionaries are working to help the elderly, youth in poverty and those who are most vulnerable. To date, Salesians have distributed food and basic necessities as well as provided awareness and education about protection devices and strategies, all with the goal of helping to slow the spread of the virus.

“Salesian missionaries are working hard in the Republic of the Congo and around the globe to ensure that those in poverty and most at risk have the basic necessities they need during the pandemic,” said Father Gus Baek, director of Salesian Missions, the U.S. development arm of the Salesians of Don Bosco. “Because Salesians live in the communities they serve, they are perfectly positioned to assess local need and deliver relief to those most impacted.”

The Salesian Center in Point Noire, the nation’s commercial capital, was established in 1964. Since that time, Salesians have established a parish, youth oratory, primary and secondary school, boarding school, vocational training center, and a shelter for youth experiencing difficulties. Salesian missionaries also provide pastoral care in the local prisons.

Salesian missionaries also operate two centers in Brazzaville, the country’s political capital. The Salesian St. Charles Lwanga Center, launched in 1975, includes a parish and a primary and secondary school which is attended by 900 youth. Unfortunately, the school can no longer accommodate all the children who want to attend. To serve as many as possible, students attend in two shifts, one in the morning and another in the afternoon. Even this is not enough, so Salesian missionaries are working to find the funding to expand the school.

In Brazzaville, missionaries also operate the Salesian Vocational Training Center, which was launched in 1992. This center provides education for more than 700 students who take two-year and three-year courses in electrical, automotive mechanics, welding and lathing, carpentry, and air conditioning installation.

The Republic of the Congo’s population is concentrated in the southwestern portion of the country leaving the vast areas of tropical jungle in the north virtually uninhabited. One of the most urbanized countries in Africa, it has 70 percent of its total population living in a few urban areas. In recent years, industrial and commercial activity has declined rapidly in rural areas, leaving rural economies dependent on the government for support and subsistence.

According to Rural Poverty Portal, poverty has worsened in the Republic of the Congo since the 1980s, resulting in half the country’s population living below the poverty line. Close to 65 percent of the country’s poor live in rural areas where nearly 50 percent of the population is unemployed with little access to education or long-term stable employment. While more than 75 percent of people living in urban centers have access to water, access drastically decreases to 11 percent in rural areas. In addition, more than one third of children under age 5 that live in rural areas suffer from malnutrition.