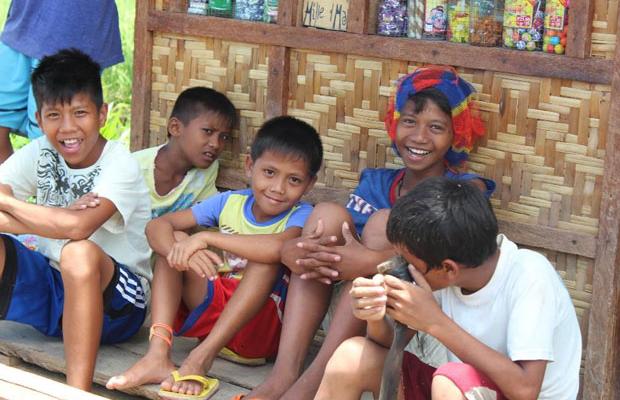 (MissionNewswire) Less than a year after Typhoon Haiyan, also known as Typhoon Yolanda, devastated portions of Southeast Asia, particularly the Philippines, Salesian missionaries working in the region are noting steady progress in community rehabilitation and rebuilding.

The super typhoon, which struck on November 8, 2013, was one of the strongest tropical cyclones ever recorded and the deadliest typhoon on record in the Philippines killing more than 6,200 people in that country alone. According to the United Nations, the super typhoon affected more than 13 million people overall. An estimated one million homes were destroyed and 4 million people were left homeless with close to 2.5 million of those displaced needing food assistance. More than 5 million of those affected were children, leaving 1.5 million children at risk of acute malnutrition, according to the UN World Food Program.

Initiated in the wake of the storm, the Don Bosco Adopt and Rebuild a Community Project (Don Bosco ARC) began replacing destroyed homes and buildings that were poorly constructed before the storm with ones that can withstand future weather events. To date, 50 homes have been completed, 50 more are in the process of construction and work contracts are in place for an additional 75 residential units. Ultimately, the Don Bosco ARC project will benefit 2,600 families on four separate islands.

The success of the program was recently highlighted by visiting representatives from the World Bank who were in the Philippines to learn more about climate change challenges in the country.

“Upon arriving in Barangay, where the Don Bosco ARC Project is underway, World Bank representatives confirmed that as of May 2014, no other permanent shelter reconstruction, other than the Salesian efforts, have been launched on the island,” says Father Mark Hyde, executive director of Salesian Missions, the U.S. development arm of the Salesians of Don Bosco. “Officials congratulated Salesian missionaries on the ground for a job well done — an honor they are now using to further propel their passion for their work, and for the Filipino people.”

Salesian missionaries in the Philippines have been working with vulnerable children and their families at Salesian schools, youth centers and community programs for many years and were positioned to be on the front lines of the relief efforts during, and immediately after, the typhoon. Salesian buildings in Cebu were named Official Help Centers and students, teachers, staff and volunteers worked alongside missionaries to collect, prepare and pack relief goods. In cooperation with the National Crisis Management Unit in the Philippines, 25,000 emergency kits were distributed in the days immediately following the storm.

Salesians in the country were also able to assist with the logistics of relief efforts which was identified by many aid experts as the greatest challenge. With experience working with the military to safely receive and transport relief supplies to those in need, Salesians in the Philippines provided crucial disaster relief support and coordination in the days and months following the storm.

“Because we have been working in the Philippines since 1950 and already have an established network in the affected areas, we are able to provide vital coordination and infrastructure support,” adds Fr. Hyde. “Our work did not stop in the immediate aftermath of the storm. Salesian relief efforts continue for those in need and reconstruction efforts are ongoing to help rebuild communities.”

As many lost their livelihoods in the wake of the storm, Salesians are also working on employment initiatives in the farming, livestock management and manufacturing sectors, among others, designed to jump-start the local economy. By integrating research, technological advancement and vocational training in these areas, Salesian programs aim to create sustainable, long-term entrepreneurship and employment opportunities which, in turn, will provide typhoon victims and vulnerable youth with financial security and hope for a better future.

Salesian Missions, the U.S. development arm of the Salesians of Don Bosco, launched a “Philippines Typhoon Emergency” fund in response to the need. To give to that fund, to to SalesianMissions.org/typhoon.

Salesian Missions – All the World a Village