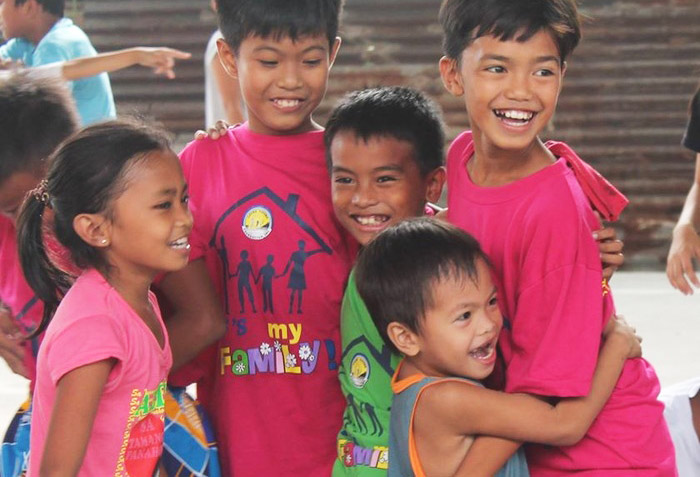 (MissionNewswire) The Laura Vicuña Foundation, managed by the Salesian Sisters of St. John Bosco in Manila, the capital city of the Philippines, celebrated its 25 year anniversary at the end of December 2015. Founded in 1990, the foundation runs a center for the healing and recovery of sexually abused, exploited and trafficked youth as well as two technical schools and an alternative learning program to aid in the protection of youth in high-risk communities in Metro Manila.

According to UNICEF, there are an estimated 1.5 million street children in the Philippines, about 75,000 of whom are living in Manila, with thousands more ending up homeless every month. Drop-out rates double as children reach secondary school and there are more than 11 million out-of-school youth.

“Most of the children who end up on our streets are forced into a life of sexual abuse and drugs, and are rounded up into crime syndicates often having no one to turn to,” says Sister Marivic Ana, executive director of the Laura Vicuña Foundation. “The girls are often abused by their own peers and others looking to exploit them and then they become victims of trafficking. They come to us severely traumatized.”

In 2012, the Laura Vicuña Foundation received the Impact Award under the Protection Category in the Asia Pacific Region from the Stars Foundation in London. The comprehensive work of the foundation, particularly its pioneering child protection clinic on wheels and its three Children of the Canes national conferences focusing on a socially responsible sugar industry, were highlighted as programs that helped it secure the award. The Salesian Sisters of St. John Bosco used the $100,000 prize money received with the award to help build a larger facility for the healing and recovery of sexually-abused girls. The new building also houses a training center and the foundation’s offices.

“We focus our efforts on reaching out to children in their communities, schools and even homes which is why our mobile protection unit is so effective,” adds Sr. Ana. “We want to extend the reach of that unit to child laborers in the sugarcane industry. These children are highly at risk from hazardous labor, from trafficking and from sexual exploitation. Taking a second mobile unit out into the plantations where these children are is the only way that we can intervene now and offer them protection.”

The Laura Vicuña Foundation also offers technical education to empower youth by training them in the skills necessary to find and retain stable employment and lead lives free from poverty and exploitation. In addition to attending classroom seminars, students enrolled in the foundation’s technical training programs have access to hands-on skills training and internships set up through the foundation and the local business community.

“Traditional classroom learning is an important part of any education program, and when students are able to take those skills and practice them in an interactive learning environment, there is added educational value,” says Father Mark Hyde, executive director of Salesian Missions, the U.S. development arm of the Salesians of Don Bosco. “Salesian missionaries are preparing students for long-term stable employment while providing a steady workforce for growing industries in the Philippines.”