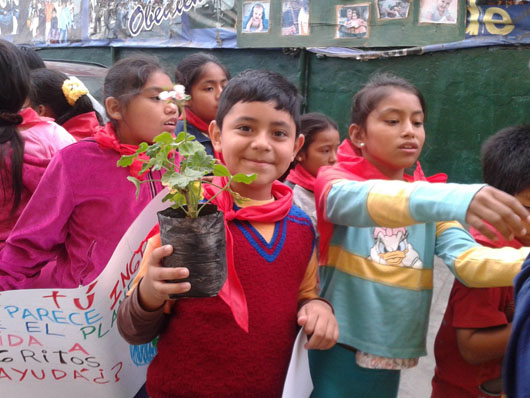 (MissionNewswire) As part of the Salesian-run Children of Lead project supported by the Don Bosco in the World Foundation, more than 80 youth from Puerto Nuevo, a community in the capital city of Lima, Peru, launched a campaign to reduce environmental pollution. The campaign was named, “Sowing Oxygen”, and in this community it denotes a way of life, relationships and above all, survival.

The Children of Lead project serves youth who have high levels of lead in their blood due to environmental pollution. Youth participating in the “Sowing Oxygen” campaign have taken to the streets to promote awareness among community members and have planted seedlings in areas that have no green spaces. The purpose of the initiative is to sensitize citizens to the environment and help reduce pollution in the area.

Puerto Nuevo’s population is contaminated by lead as a result of the environmental damage generated by the storage and transportation of lead ore to the community’s port. Most of the children participating in the Children of Lead project have levels of lead close to 19.9 micrograms per deciliter in their blood. This level is considered highly dangerous and can cause children to suffer cognitive delays.

Salesian missionaries at the Children of Lead project provide education and skills training opportunities to the participating children and adolescents while addressing their behavioral and cognitive difficulties. Often because of their cognitive and emotional difficulties, students struggle in traditional classrooms and are less likely to achieve the higher levels of education necessary to break the cycle of poverty.

The Children of Lead project aims to improve students’ educational outcomes through tutoring in reading, math and other academic subjects while simultaneously offering workshops in interpersonal communication, logic and educational psychology. Activities that include music and dance are also offered through the project and are designed to boost participants’ physical, mental and emotional development. In addition, participants have access to computer classes using online programs and games that help them develop reason and literacy as well as useful technological skills.

“In an economically depressed area where jobs are scarce and future opportunity bleak, adults in Puerto Nuevo face an almost unimaginable choice,” says Father Mark Hyde, executive director of Salesian Missions, the U.S. development arm of the Salesians of Don Bosco. “They can refuse paid work and risk the effects of long-term poverty or they can reluctantly support the presence of mines and refineries at the risk of their children’s health. The immediate need to feed, clothe and shelter their families trumps any consideration of long-term well-being so Salesian missionaries work to help in whatever way they can.”

The outcomes for many of the participants of the Children of Lead project are good despite challenges along the way. By gaining an education and developing skills and talents through the project, many are able to gain stable employment and give back to their communities.

Peru faces high levels of income inequality and has more than a quarter of its population living in poverty, according to the World Bank. Poverty levels are significantly higher in rural areas but urban areas struggle most with inequality, most notably metropolitan Lima. Poverty in the country is made worse by a shortage of productive farmland and a lack of job skills among women entering the workforce as well as a lack of adequate housing, nutrition and education.

“Those living in poverty in Peru are in great need,” adds Fr. Hyde. “Many need proper nutrition, shelter, healthcare and education in order to survive and thrive. Salesian programs are working to ensure those in poverty have the resources they need to lead safe, healthy and productive lives.”

Peru – “Sowing Oxygen”, the new campaign of the “Children of Lead” Project 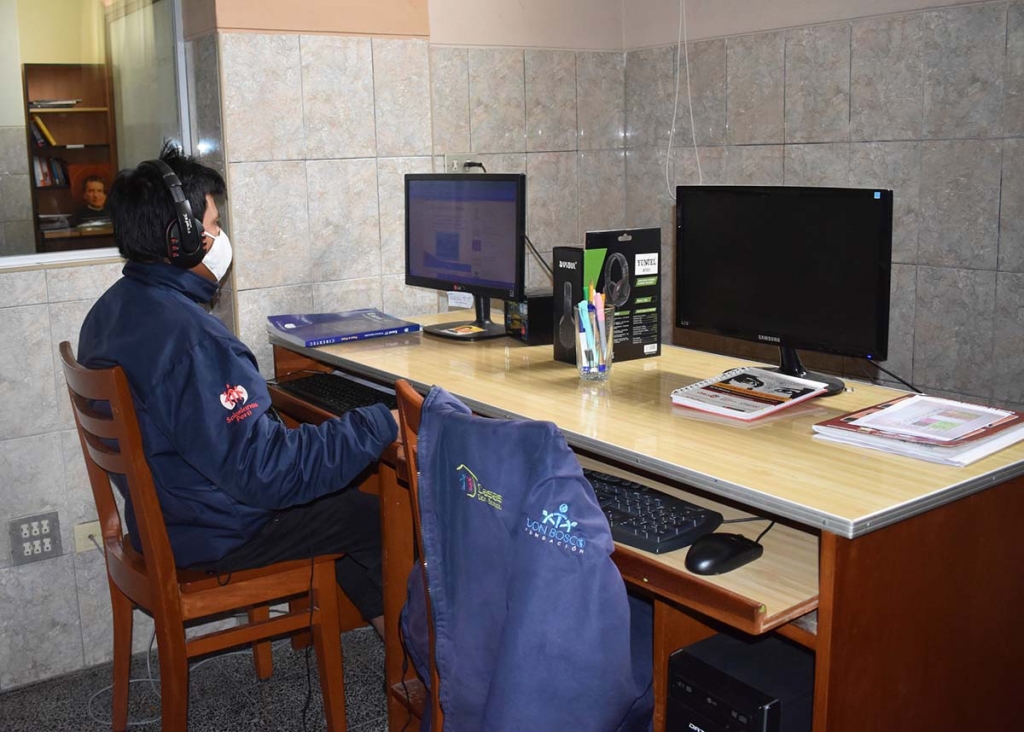 PERU: Youth at Don Bosco Home in Breña have access to new computers to help improve their academic performance 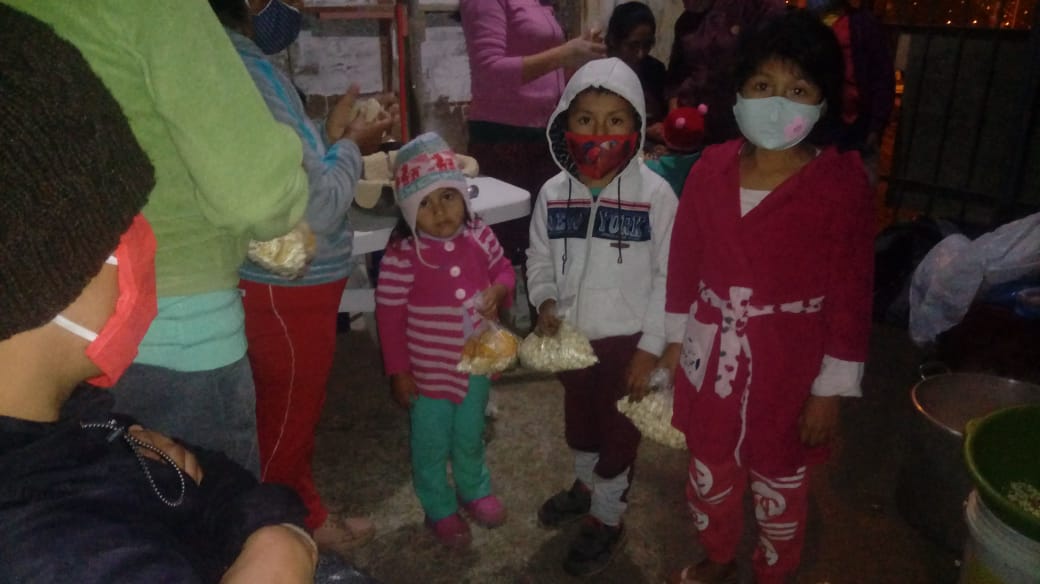