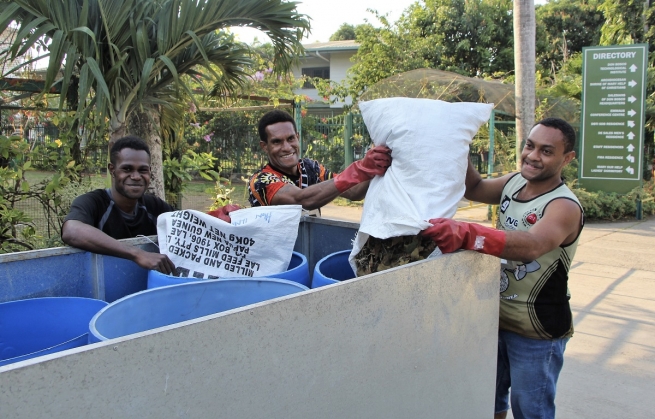 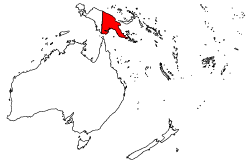 (MissionNewswire) The Don Bosco Technical Institute, located in Port Moresby, Papua New Guinea, launched an integrated waste management plan to focus more on the environment. It is in response to the call from Pope Francis in his 2020 Laudato sì, which has as its theme “Good Christians and Upright Citizens.” Further, Rector Major Father Ángel Fernández Artime underlined the importance of concrete initiatives in the care of the environment.

The integrated waste management plan has started with several activities. Trash cans were purchased so Don Bosco Technical Institute can begin separating trash collection to focus on recycling. Each week, staff members and some community residents sort the waste into the appropriate bins. The institute is also focused on how to dispose of the waste, since typically cardboard and plastic materials are thrown in the incinerator. The smoke generated can disturb the community and have a costly environmental impact.

In addition, three large compost pits were built at the back of the school, two in the Salesian residence and two more in the staff houses. The goal is to be “zero waste” to conserve resources, engage in responsible production and reuse waste materials, thereby avoiding incinerating waste or dumping it on land or in the water.

To ensure proper waste management, Don Bosco Technical Institute has organized a team made up of volunteers including eight staff members and six students. Each of them studies and works in different areas of expertise, ranging from school cleaning to collecting plastic, paper and glass. Meanwhile, efforts to recycle different types of waste are ongoing. A recycling shed has also been set up near the three compost pits. At the moment, much of the effort in waste management is conducted by students and staff, but the hope is to involve more people in the community as the initiative evolves.

Papua New Guinea has a population of approximately 7.5 million. It is a resource-rich country with oil, gas and gold reserves as well as fertile land capable of producing high crop yields. Despite this, an estimated 40 percent of Papua New Guineans live below the poverty line of $1.25 per day, according to the World Bank.

Salesian missionaries in the country provide primary and secondary education as well as technical skills training to prepare youth for the workforce. Missionaries also help to ensure that basic needs like shelter, food and water are met so students can focus on their studies.