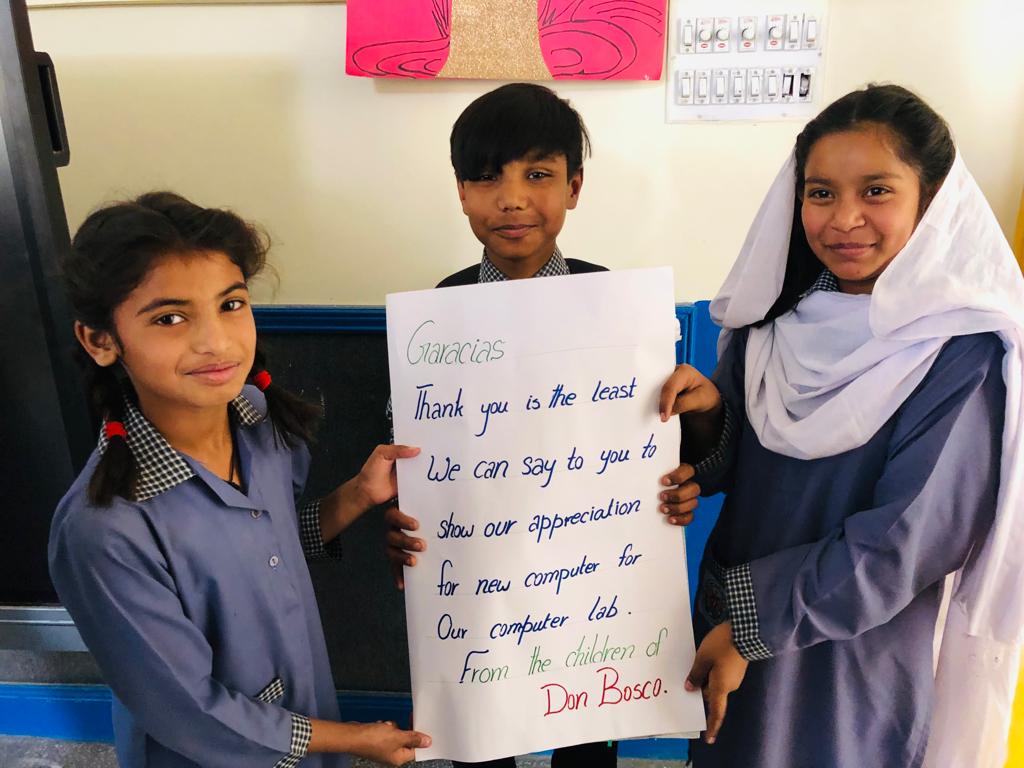 (MissionNewswire) Students at the Don Bosco Learning Center, within the Don Bosco Quetta community in Pakistan, have a new digital computer lab thanks to donor funding from Salesian Missions, the U.S. development arm of the Salesians of Don Bosco. The center has been teaching primary and secondary school in Quetta since 2000. More than 780 students, ages 8-22, were positively impacted by this new lab.

The Don Bosco Learning Center is teaching computer literacy skills and technology to students. The lab will be used for daily classes for grades 3 to 10. In the evening, computer classes for other students and those in the community will be held. Salesians in Quetta also have a long tradition of assisting Afghan refugees. This project will also enable refugees to learn skills after they are settled.

“We appreciate our donors who have funded this project to ensure that poor youth attending the Don Bosco Learning Center can take computer literacy courses,” said Father Gus Baek, director of Salesian Missions. “Youth need opportunities for education that they can use in their employment. Learning how to use computers and the software is important to prepare students for after they graduate.”

Salesian schools provide economic benefits, scholarships and accommodations for students from the poorest families so that education is not only accessible but also an incentive for parents to send their children to school. Pakistan has one of the lowest literacy rates in South Asia at less than 50 percent. Although the country’s constitution acknowledges free and compulsory education between the ages of 5-16, the rule is often not followed in rural areas for those over age 13.

According to the World Bank, 31.3 percent of people living in Pakistan fall below the poverty line. Gender plays a role in poverty in the country. Pakistan has traditional gender roles that define a woman’s place in the home and not the workplace. As a result, access to education is challenging for girls and society investments are less. There are few opportunities for women and girls in the country outside of traditional roles. This is evidenced by the disparities in education including the literacy rate.