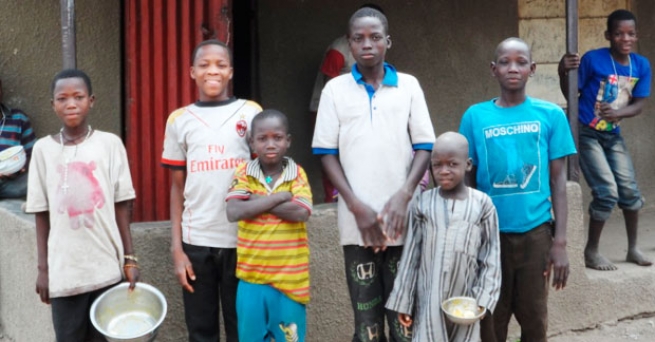 (MissionNewswire) Salesian missionaries are in the process of setting up schools, boarding homes and running water for poor youth in the area of Koko within Kontagora, a major town on the south bank of the Kontagora River in Northwestern Nigeria. The area lacks educational opportunities for children and older youth. Salesian missionaries have been working in Nigeria since 1982, and these educational programs are their latest across the country.

The area, like many in Nigeria, face several challenges. Koko has many street children age 7 to 15 years of age who beg in the streets. Practically all of them have been abandoned and exposed to terroristic groups like Boko Haram. Without an education and supervision from adults they can be easily manipulated and exploited. Along with the development of a primary and secondary school, Salesian missionaries are also establishing boarding houses so the youth will have a safe place to live, learn and spend time with their peers.

In order for youth to make the most of their educational opportunities, youth must have their basic needs of shelter, food and clothing met so they can concentrate on their school work. Salesian missionaries are also digging wells that will supply the boarding houses and schools with fresh water for drinking, bathing, washing clothes and for proper sanitation.

Salesian programs in more than 130 countries around the globe provide education in order to break the cycle of poverty while giving the most vulnerable youth a sense of personal dignity and self-worth. There are 3,200 Salesian schools around the globe providing education to young students to prepare them for advanced technical and vocation studies. In addition, more than 850 Salesian vocational, technical, professional and agricultural schools give practical skills to youth to create productive and contributing adults in their communities.

“Access to quality education provides a stepping stone out of poverty for poor youth,” says Father Mark Hyde, executive director of Salesian Missions, the U.S. development arm of the Salesians of Don Bosco. “The new educational programs will allow children to learn the basics in education like reading and writing in order to build on their skills later with vocational or technical classes so they can acquire the skills needed to lead a productive life.”

According to UNCIEF, Nigeria is Africa’s most populous country and the ninth most populous country in the world. With an estimated population of 150 million, one in every five Africans is a Nigerian. The country has been undergoing explosive population growth and has one of the highest growth and fertility rates in the world. By UN estimates, Nigeria will be one of the countries responsible for most of the world’s total population increase by 2050.

While Nigeria has the second strongest economy in Africa, it also has extreme rates of poverty with 100 million people living on less than $1 a day. Nearly About 64 percent of households in Nigeria consider themselves to be poor while 32 percent of households say their economic situation had worsened over a period of one year, according to UNICEF. Poverty still remains one of the most critical challenges facing the country and population growth rates have meant a steady increase in the number of people living in conditions of poverty.

Nigeria also has roughly 3.5 million people infected with HIV, ranking Nigeria third among the countries with the highest HIV (human immunodeficiency virus) and AIDS (acquired immune deficiency syndrome) burden in the world, next only to India and South Africa, according to UNAIDS. The country has 1.5 million of its residents requiring Antiretroviral Therapy treatment and more than 200,000 people die each year from HIV/AIDS related complications. Nigeria also has a staggering 1.8 million AIDS orphans whose parents have succumbed to the disease. Entrenched gender inequalities, chronic and debilitating poverty, and stubborn persistence of HIV/AIDS-related stigma and discrimination significantly contribute to the continuing spread of the infection.