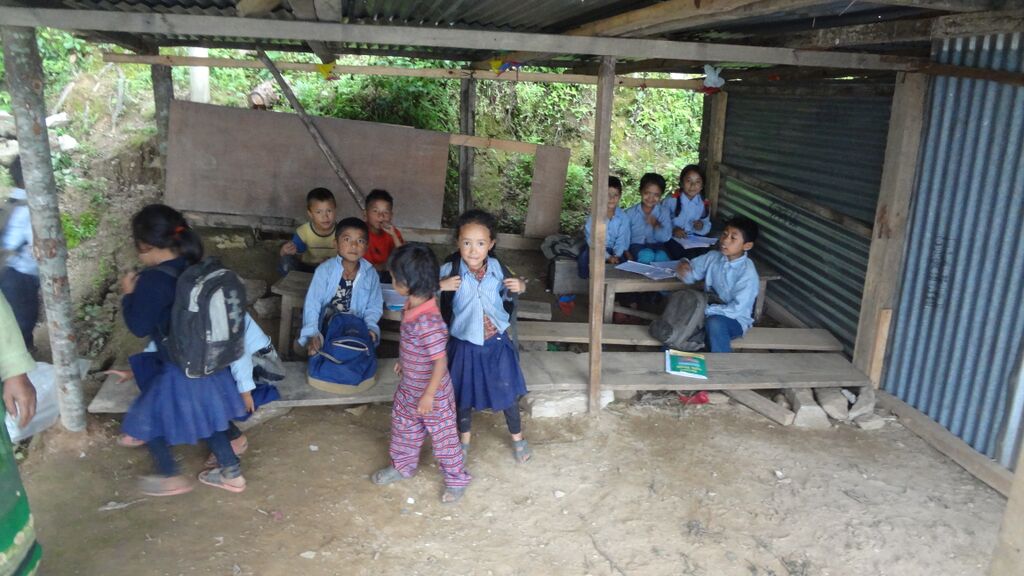 (MissionNewswire) Salesian missionaries are building temporary schools and addressing long-term training needs as part of their reconstruction and relief efforts in response to the devastating 7.8 earthquake that struck Nepal on April 25 and the second earthquake that struck on May 12. More than 8,000 have died and close to 20,000 were injured as a result of the earthquakes and their aftermath. Forty of Nepal’s 75 districts have been affected, 16 of them severely, with homes, schools, buildings, cattle, fields ready for harvest and other property destroyed. More than 500,000 people were displaced and remain in need of shelter and other assistance.

Immediately following the initial earthquake, Salesian Missions, the U.S. development arm of the Salesians of Don Bosco, launched an emergency fund to assist Salesian missionaries in Nepal. The funding goes directly to support relief efforts on the ground in remote villages and affected communities, epecially those in the Kathmandu Valley where Salesian missionaries operate two programs. Don Bosco Thecho is a technical school located in the Kathmandu suburb of Lubhu and Don Bosco Siddhipur, located in the Lalitpur district, offers both a primary and secondary school.

“Salesian missionaries living and working in Nepal are continuing their long-term reconstruction efforts, helping communities to rebuild homes and schools,” says Father Mark Hyde, executive director of Salesian Missions. “Missionaries are beginning to assess and address training needs to help youth and their families develop skills for long-term employment. One of the primary training efforts underway is helping to further the reconstruction efforts and put those in the community who have lost their livelihoods back to work. Salesian missionaries are using the technical school at Thecho to train young men and women in the building and construction skills needed to assist in reconstruction.”

The United Nations has noted that more than 1,300 schools were destroyed during the earthquakes. Salesian missionaries will utilize the skills of the newly trained students from Don Bosco Thecho to assist in the rebuilding of schools with a goal of reconstructing at least 40 schools. Each village in the area will be asked to form a school-reconstruction committee that will mobilize the villagers to contribute as much as possible in cash, labor and locally available materials. To date, more than 21 temporary learning centers have been completed. In a recent evaluation meeting with Nepalese government officers and other non-government organizations, it was acknowledged that the temporary learning centers built by the Salesian missionaries and students were of such high quality they could possibly serve as permanent school buildings.

Salesian missionaries are also in the process of developing an orientation program for teachers to aid them in assisting students who have dealt with trauma related to the earthquakes. Missionaries are working directly with students to connect them to therapy services and offer financial assistance to those who lack mid-day meals, textbooks, uniforms and other schools necessities.

In addition, Salesian missionaries are working with 40 volunteers from Teach for Nepal, an organization of university graduates and young professionals who are committed to end education inequity in Nepal, to help prepare students affected by the earthquake for their public examinations given by the Nepalese government after grade 10. The exams determine admission to higher secondary school.

A lack of rain during Nepal’s monsoon season has hampered agricultural production and has Salesian missionaries concerned about long-term food shortages. Missionaries will continue to monitor this situation as it unfolds and work to address food needs with its partners as they arise.

“Salesian missionaries are continuing their work but funds are limited. The emergency appeal will help provide aid directly to those who need it most,” adds Fr. Hyde.

Salesian Missions is urging the public to donate to its Nepal Emergency Fund. Go to www.SalesianMissions.org/Nepal for more information and to give to the relief efforts.