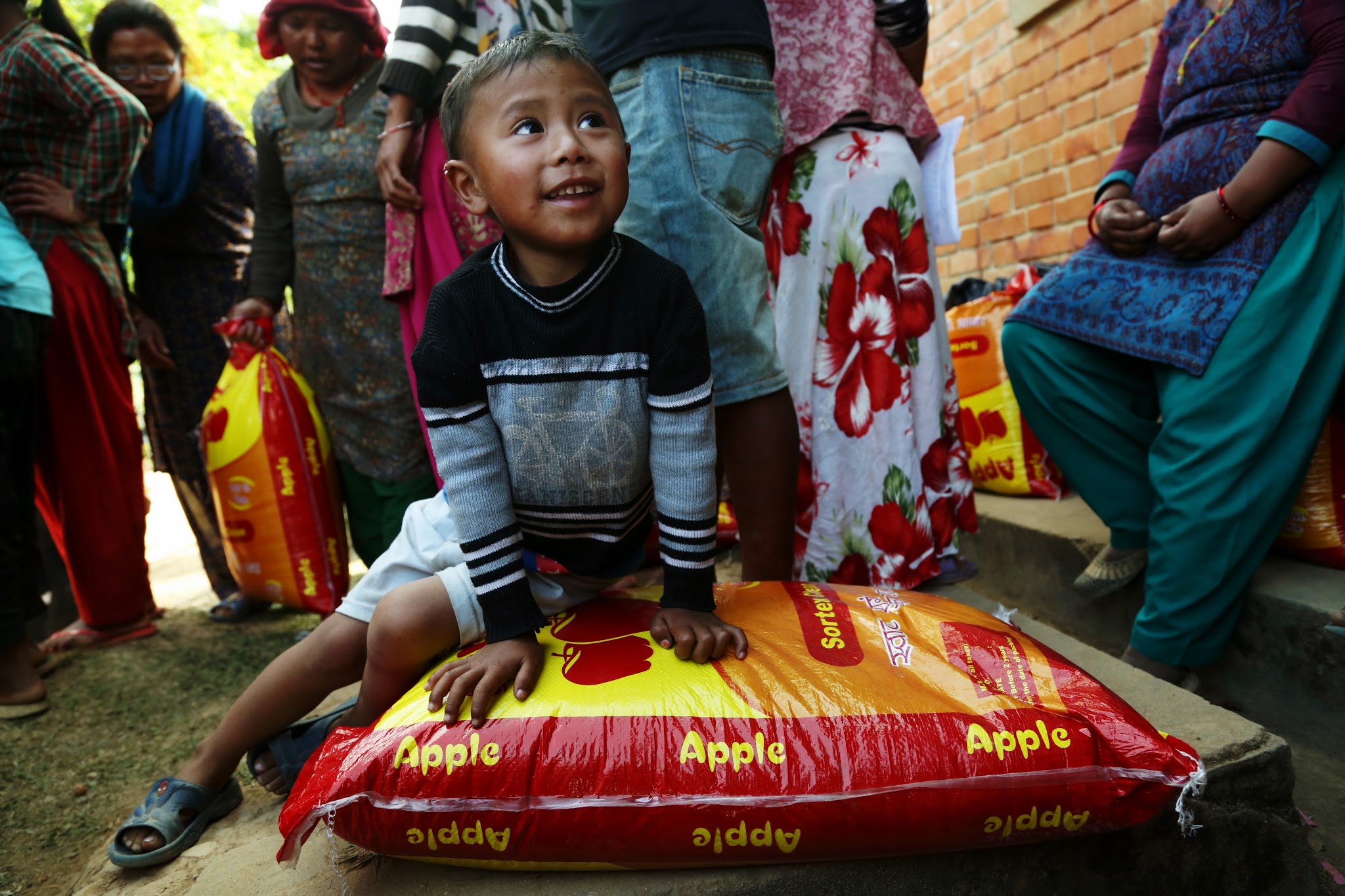 (MissionNewswire) Salesian missionaries are working to provide rice, clean water and materials to build shelter for those affected by the devastating 7.8 earthquake that struck Nepal on April 25 and the second earthquake that struck on May 12. More than 8,000 have died and close to 20,000 were injured as a result of the earthquakes and their aftermath. Forty of Nepal’s 75 districts have been affected, 16 of them severely, with homes, buildings, cattle, fields ready for harvest and other property destroyed. There are more than 500,000 people who have been displaced as a result of the earthquakes who are in desperate need of materials to rebuild homes as well as food, water and medicine.

Salesian missionaries in the country were among the first to respond to those affected assisting with food, water, shelter and other supplies.

“Because Salesian missionaries live in the communities in which they provide education and social development services, they are often among the first responders providing emergency aid and assessing relief needs,” says Father Mark Hyde, executive director of Salesian Missions, the U.S. development arm of the Salesians of Don Bosco. “Salesian missionaries will remain to help local families restore their livelihoods and rebuild their homes and communities long after other relief services have left.”

Immediately after the initial earthquake, Salesian Missions launched an emergency fund to assist Salesian missionaries in Nepal. The funding goes directly to support relief efforts on the ground in communities and remote villages. The Nepal Don Bosco Society, a Salesian non-governmental organization, has reached out to more than 30,000 people in 19 villages spanning six districts and has distributed more than 100 tons of relief materials. Sixty tons of food and tarpaulins funded by the Salesian Kolkata Province and other donors were sent across the border from India.

Thousands of people who have been left homeless and are living in makeshift tents are now preparing to face the monsoon season. The United Nations has estimated that close to 160,000 homes and 1,383 schools were destroy by the first earthquake while the government of Nepal estimates the number of homes destroyed to be more than 300,000. A U.N. report on the relief work in Nepal has noted that while the Nepalese government has promised to give every homeless family 15,000 rupees (235 U.S dollars) to buy corrugated metal sheeting to protect them from the weather, many are still waiting to receive the money.

While initially providing tarpaulins and plastic tents for temporary shelter, Salesian missionaries are now working to distribute corrugated metal sheeting to give people greater protection from the rain of the impending monsoon season. The same sheeting can then be used to construct permanent roofs for the houses which will have to be constructed and completed before the onset of winter.

“We are moving into the second phase of our relief work and preparing for the upcoming weather,” says Father Jijo John, coordinator of emergency relief in Nepal. “Emergency rescue operations and the distribution of food concluded on Sunday, May 31 to make way for the relocation of families and the reconstruction of homes.”

Salesian relief teams have been traveling to places where little aid has arrived in order to serve those most in need. They are also extending their relief work to new areas including the local municipality of Kamlamai Nagara Palika in the Sindhuli district that was hit hard by the earthquake. A Salesian relief team has also gone into Khimiti, a village in the Ramechap district where there are 1,200 households and more than 1,400 adults and 1,500 children in need. Nearly 90 percent of the homes in this village have collapsed and the other 10 percent are partially damaged. In these villages, volunteers are distributing food, clean water, oil and materials for shelter, among other necessities.

“Salesian missionaries are continuing to provide aid and emergency relief but supplies are limited. The emergency appeal will help provide aid directly to those who need it most,” adds Fr. Hyde.

Salesian Missions is urging the public to donate to its Nepal Emergency Fund which will go directly to support missionaries currently working on the ground helping those affected by the devastation and aftermath of the earthquake. Go to www.SalesianMissions.org/Nepal for more information and to give to the relief efforts.